Villa may have a cheap striker transfer option for this summer

If they'd like to add another striker, Aston Villa could be able to do so cheaply this summer, but it's probably not worth the effort.

Share All sharing options for: Villa may have a cheap striker transfer option for this summer

With Christian Benteke out until at least October, it's beginning to feel as if Aston Villa must find a striker in the summer window. Certainly, Gabby Agbonlahor, Andi Weimann, and Libor Kozak all have the ability to carry the club, but none of them have shown the consistency needed to be entirely relied upon. That means that Paul Lambert (or whoever is helming this ship at that point) has a couple of options. He can spend big (or find a loan) for a proven number one striker, or he can go small and build a lot of average depth. 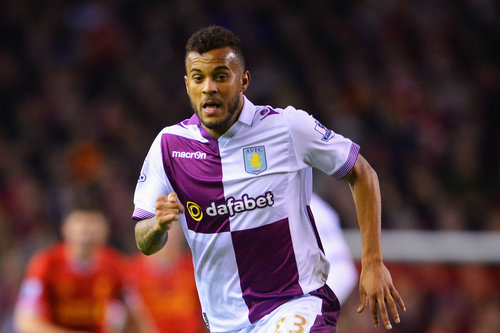 As the summer window draws near, make sure to bookmark our transfer news and rumour hub. We'll keep you up-to-date on all of the latest Villa news!

If he's looking at the latter option, he may want to consider someone with whom we're all familiar: Nathan Delfouneso. The striker is currently on loan at Coventry City, where he's been told by his manager that he needs to prove himself in the next month before he becomes a free agent and is out of work. We all know the basic outline of Delfouneso's story: immensely talented academy product who has consistently disappointed in meaningful performances. In 31 league appearances he's scored only twice and has never really lived up to the potential that many saw when he was named the club's Young Player of the Year in May 2009.

But he will be out of contract this summer, and can certainly be had cheaply. Whatever his wages are now, he will have to take a pay cut based on poor performance since he signed his contract. He won't be a striker to inspire much confidence, but he could be an added measure of depth that costs practically nothing.

And there is precedent in the club for a promising player taking a while to live up to his potential. Look no further than Fabian Delph, who very well could be the club's player of the year this season. Like Delfouneso, Delph has had immense pressure from fan expectations, and like the striker took a number of years to live up to that. Delfouneso is only 15 months younger than Delph, so it's not out of the question that he could see a dramatic jump in performance.

He's a player worth keeping in mind this summer. Don't expect a lot from him, but as a player who has been in the Villa system for years, he wouldn't be a terrible insurance policy. And at the price he'll fetch, you'd be hard-pressed to find a better bargain.