'Nasty' Villa - The benefits of being mean

Kicking Balotelli, flattening Barcelona wunderkinds and fearsome beards - Villa have found their tough edge. Could we be the new Stoke and is that a good thing?

Share All sharing options for: 'Nasty' Villa - The benefits of being mean

Certain media narratives grow up around every team. For the last few years, Villa’s has been that of a team of largely English ‘youngsters’ struggling against cannier, more foreign sides. Paul Lambert´s players were praised for trying to play 'proper football', before routinely losing leads or getting ripped apart. However after our good start to the season and a distinctly tougher looking Villa, characterised by the bearded duo of Lambert and Keane and the bald enforcers of our backline, a new narrative seems to be developing. Villa are now a tough-tackling, negative side, encapsulated by the ability to cling onto our lead against Liverpool.

If a meaner Villa means more wins, I think we'll all take it and with little regret for a lost reputation for trying to play 'good football'. But what does it actually mean beyond a lazy way for Sky to show more shots of Roy Keane looking murderous? 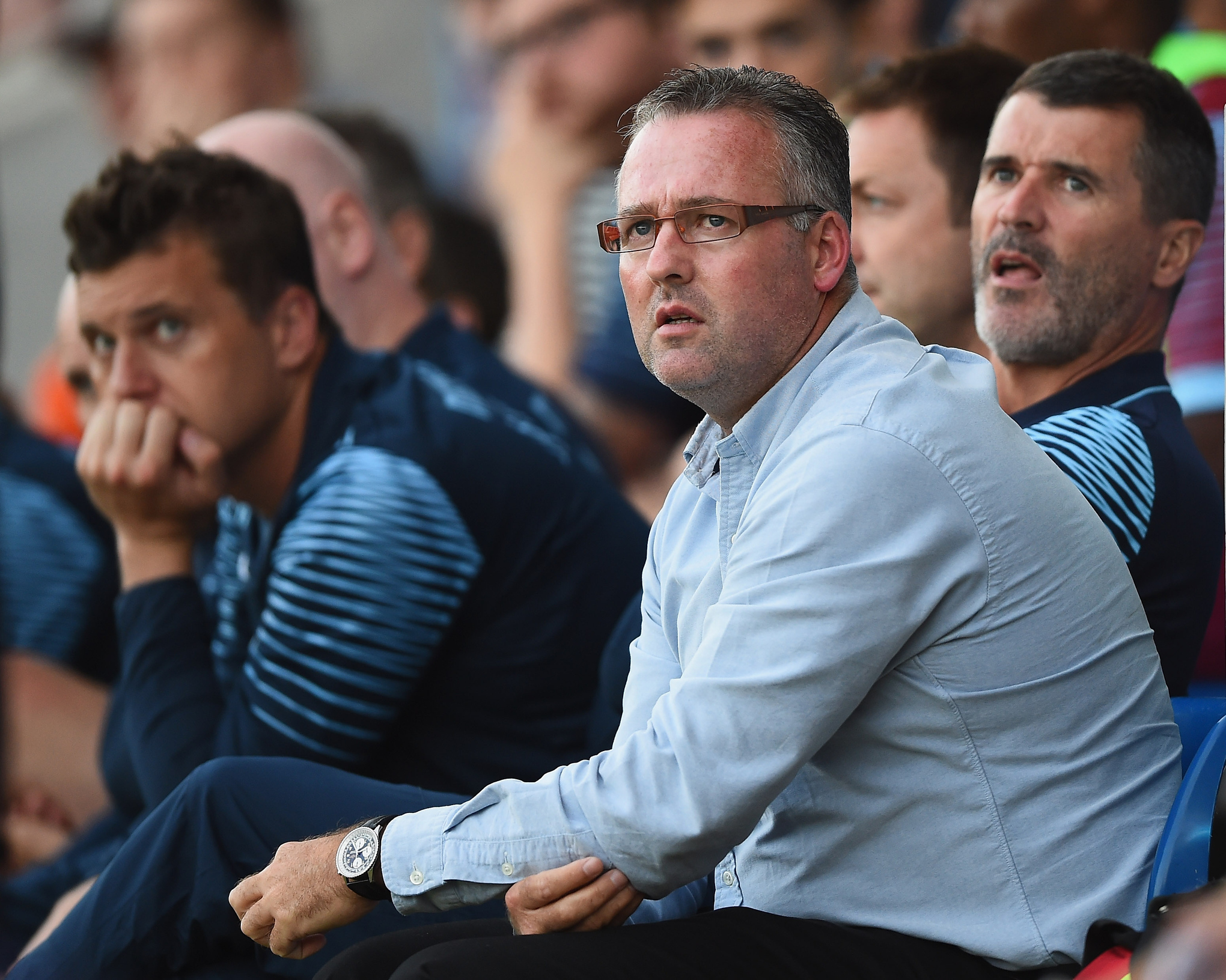 Other expressions are available.

Words such as 'mean', 'tough' or even ´nasty' are shorthands for the clear tactical approach Villa have been adopting, a disciplined defensive unit operating behind a pressing midfield, packing the centre and hoping to hit on the counter-attack. Stoke played this way for years and were labelled in exactly the same way. The system's pressures inevitably lead to a few wayward challenges as the midfield and defence must stop players running at speed into the box and dominate the area physically.

There are points where this can tip over to dirty play. Senderos's kick at Balotelli and some of Alan Hutton's tackling crossed the line against Liverpool, but they were isolated moments against a generally disciplined performance. This is not about Roy Keane's aggression bleeding over from the touchline like a sulfurous cloud, but defensive precision and Lambert deserves the principal credit.

The main target for Villa’s tough tactics  on Saturday was Mario Balotelli. Match of the Day predictably picked up on the angle that we were angling for him to lose his cool. There may well have been an element of that but primarily he was targeted for tactical reasons. He was played as a lone striker to bring in a pair of wide forwards in Adam Lallana and Lazar Markovic and to provide an aerial threat. A crucial part of that role is dominating the centre-backs and the box, shrugging off challenges and making space (Balotelli should watch some Benteke videos for pointers). Senderos absolutely needed to get into it with him physically, force him to cede the central position and blunt Liverpool’s attack. Judging by Balotelli’s drift to the wing from his initial dangerous moments in the box, it worked perfectly. Balotelli wasn't targeted because he’s Balotelli, he was targeted because of the position Rodgers chose to play him in. 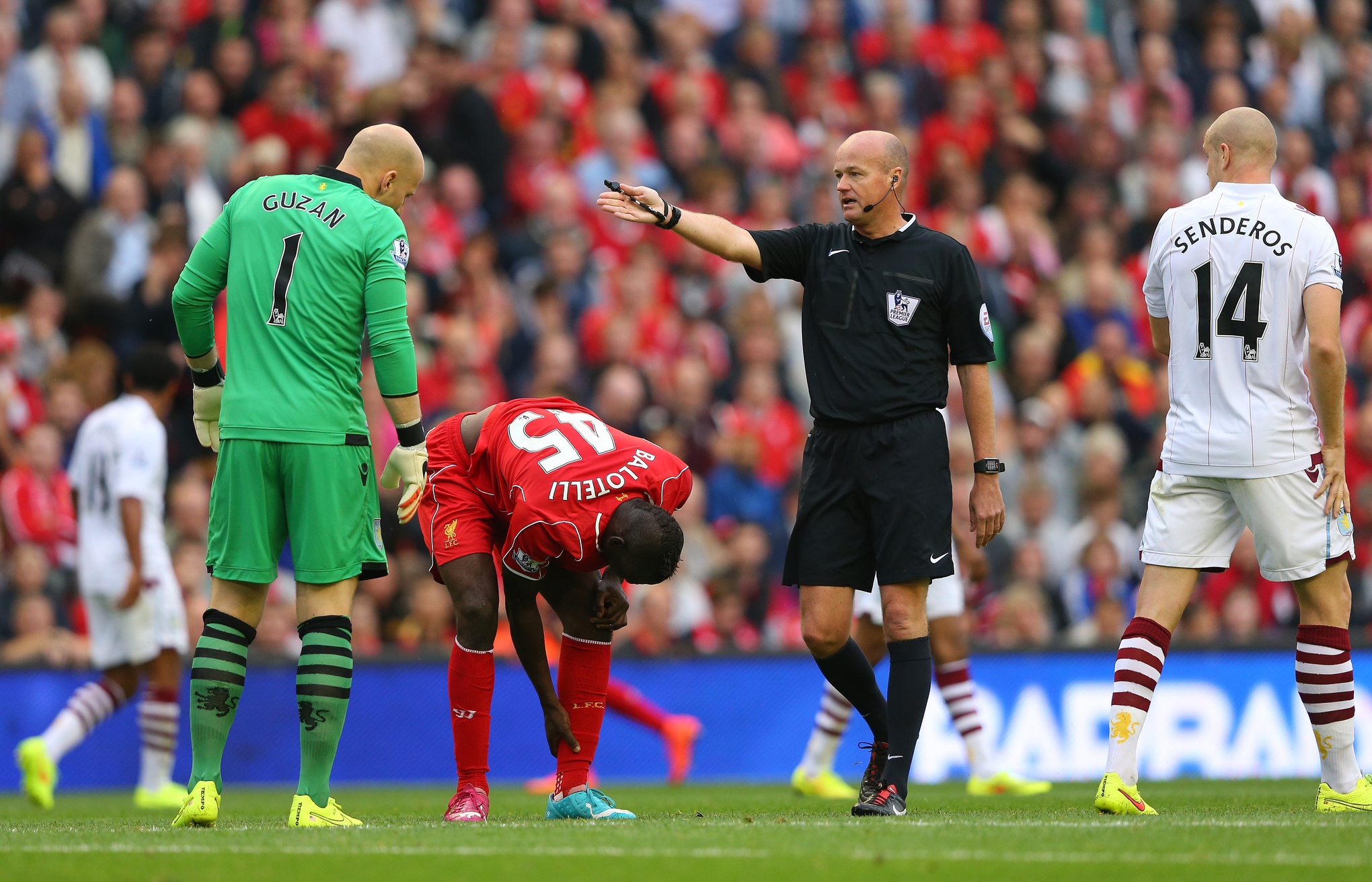 But is this a promising approach for the rest of the season? Villa have been doing a good job of crushing pre-season dreams so far. Three teams who came up against Villa believing that their summer transfers could brush us aside have been proved wrong – Stoke with their Barcelona wunderkind Bojan, Newcastle's fancy-haired Cabella and now Liverpool’s trio of Lallana/Markovic/Balotelli. Villa have benefited from starting the season with a clear system in place, as Gabriel Abgonlahor's post-match interviews have testified. Even our horror-line up of early fixtures may prove to be a blessing in disguise, giving Lambert license from the Villa fans to continue with the same counter-attacking approach. The Lions are unlikely to come out of the den anytime soon.

But as teams began to sort their summer stars into real tactical systems or the sideline depending on the player, it will begin to lose its effectiveness and Lambert will inevitably come under pressure to be more expansive at Villa Park. The challenge will be to retain the discipline without the ball, while combining it with imagination and movement in possession, and grow beyond the possibility of lazy pigeonholing.

While the tag of a 'nasty Villa' might give too little credit to the tactical achievement, it could have one big benefit. One of the struggles of being one of the sides outside that top group is what do you aim for. What actually is the point of the relentless slog of week in week out football without hope of a trophy? In the absence of a big money takeover, our aim eventually has to be something like Everton’s decade-long build up to the top table. But until then, becoming something like the classic Stoke, that one mid-table side that top teams look at think "Oh bugger it’s them", could constitute a worthy target. The win at Liverpool was a great example of we could go about that, and if Arsene Wenger is left complaining about our anti-football at the weekend, Villa fans will be singing all the same.