Aston Villa are set to launch next campaign's home kit online Monday. In advance of the launch, we take a look at some of Villa's home strips that haven't featured claret shirts with blue sleeves.

Share All sharing options for: Checking out Villa's departures from kit tradition: 1983-89

Aston Villa's classic home kit—claret shirts, blue sleeves, and white shorts—is a classic look in football. It's been emulated by many clubs—three of whom will be playing in the Premier League alongside Villa next year (though Crystal Palace no longer wear claret and blue)—and Villa have almost exclusively worn the design since it was first introduced in 1890.

But what about those years when Villa hasn't worn the traditional look? It wasn't a thing Villa did often for the greater part of a century but after the failed defense of the European Cup in 1983, the Claret and Blues were outfitted in non-traditional shirts for the majority of the next 19 campaigns. Let's take a look at the first three of those six shirts that strayed from Villa tradition—truth be told, two of them are among my favourite kits ever seen in B6.

Villa's first two years of the spell were spent in a sharp design by Le Coq Sportif that saw Villa don the blue sleeves for a blue v-neck and side panel design. It was the first kit to feature the Mita sponsorship—Villa's longest-lasting at 10 years—and featured subtle vertical striping as an added touch. The Villa badge was featured over the heart and the kit was worn with claret shorts in 1983-84 and white shorts in 1984-85, as seen below in a shot of Allan Evans during the home match against Tottenham on September 1 of that campaign. 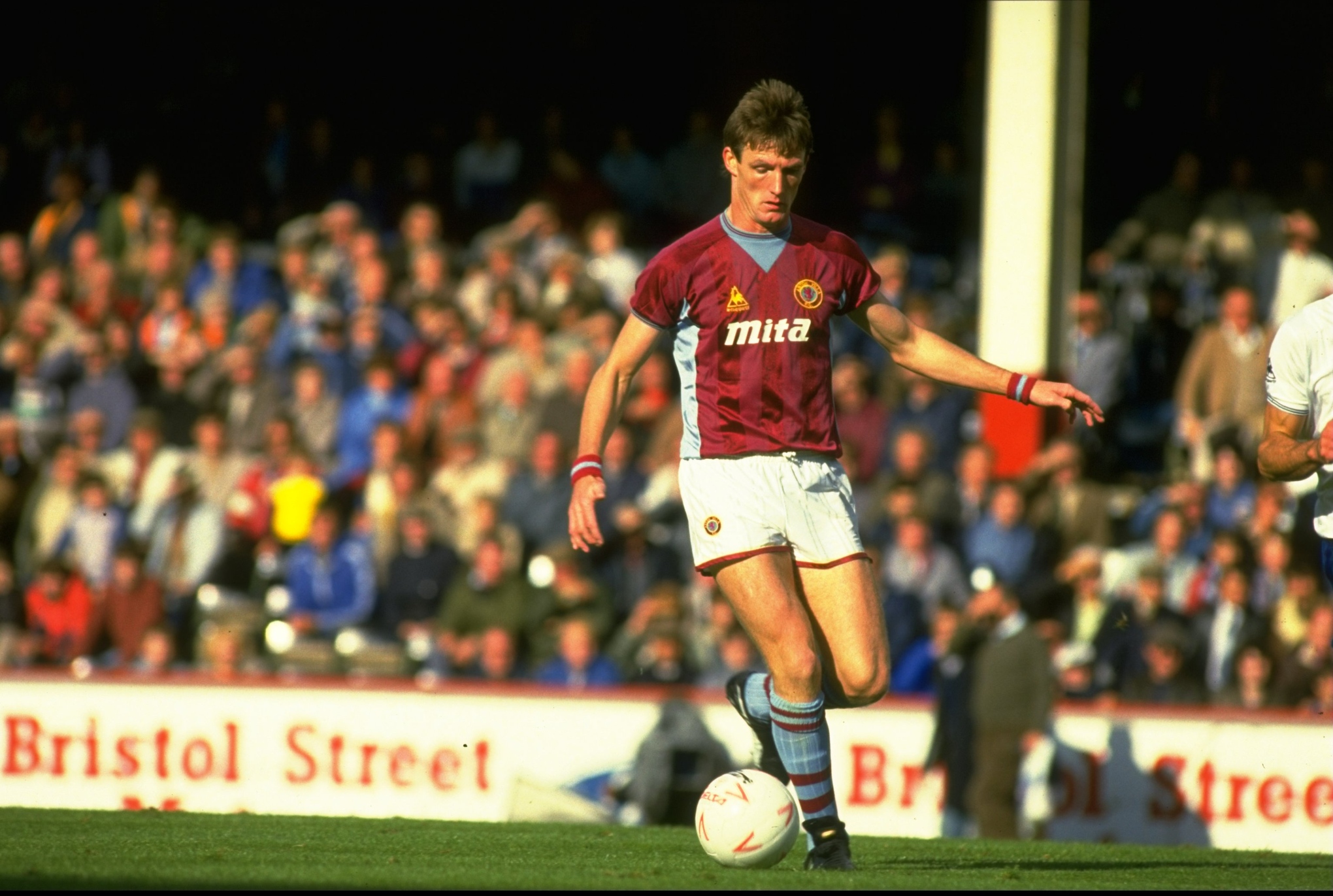 From a personal level, these are some of my favourite Villa kits. They were different from what Villa typically wears but managed to retain a really classy look. If we saw something like these again at B6 some time soon, you wouldn't hear a complaint from me. Villa recorded a pair of 10th-placed finishes during the two years of these shirts—not bad but a far cry from the legendary teams of just a couple years earlier.

Truth be told, before I started this little research project, I had never heard of Henson. And amongst all six kits Villa have donned in the last 30 years that haven't been the traditional claret shirt and blue sleeves, these are probably the worst effort. There's a complete lack of crest on these—replaced with the letters "AVFC"—and there's not much of an attempt being made at being overly classy. We'll see Allan Evans again here in the shirt during the ill-fated 1986-87 campaign during a match against Manchester United on December 13. 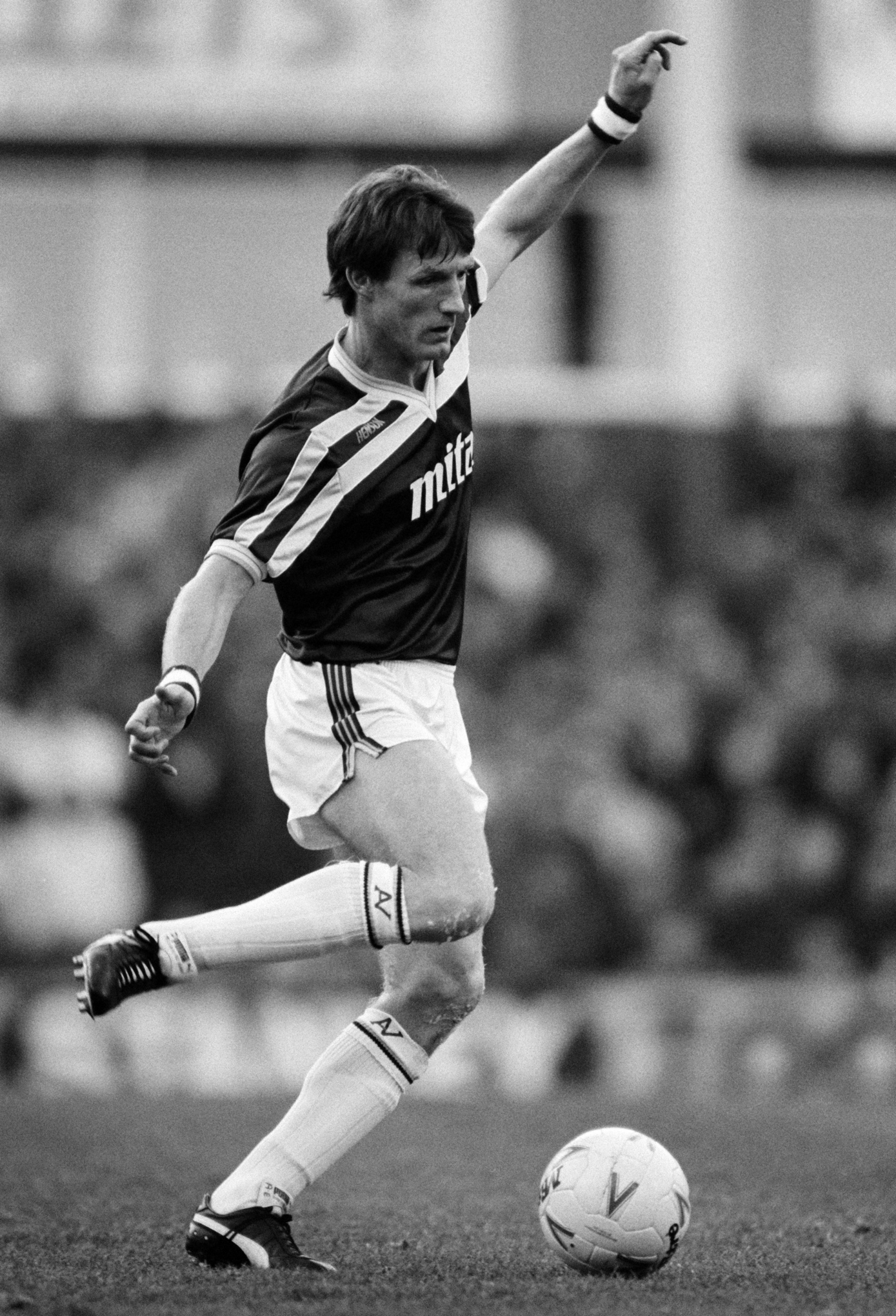 Of course, Villa's fortunes took a turn as soon as they put on the Henson kit, barely escaping relegation in 1986 with a 16th-placed finish before going down in 1987 in bottom spot with just 36 points in 42 matches. All in all, the Henson kit era saw just 80 league points picked up by Villa in 84 matches. Between the uninspiring design and the uninspiring play on the pitch, this is the Villa kit we should forget ever happened.

Perhaps more than any other kit Villa's worn, this might be the one that has the most polarizing set of opinions. It was the first time Villa really went with the zeitgeist on the home kit—and in many ways the only time—and it's one of those kits you either love or hate. An interesting design saw what was generally a halved shirt—one half claret, the other narrow claret and blue alternating pinstripes—that certainly strayed more from Villa's tradition than anything else. Here we see long-time Villan Gary Shaw modeling the kit before the 1987-88 promotion campaign. 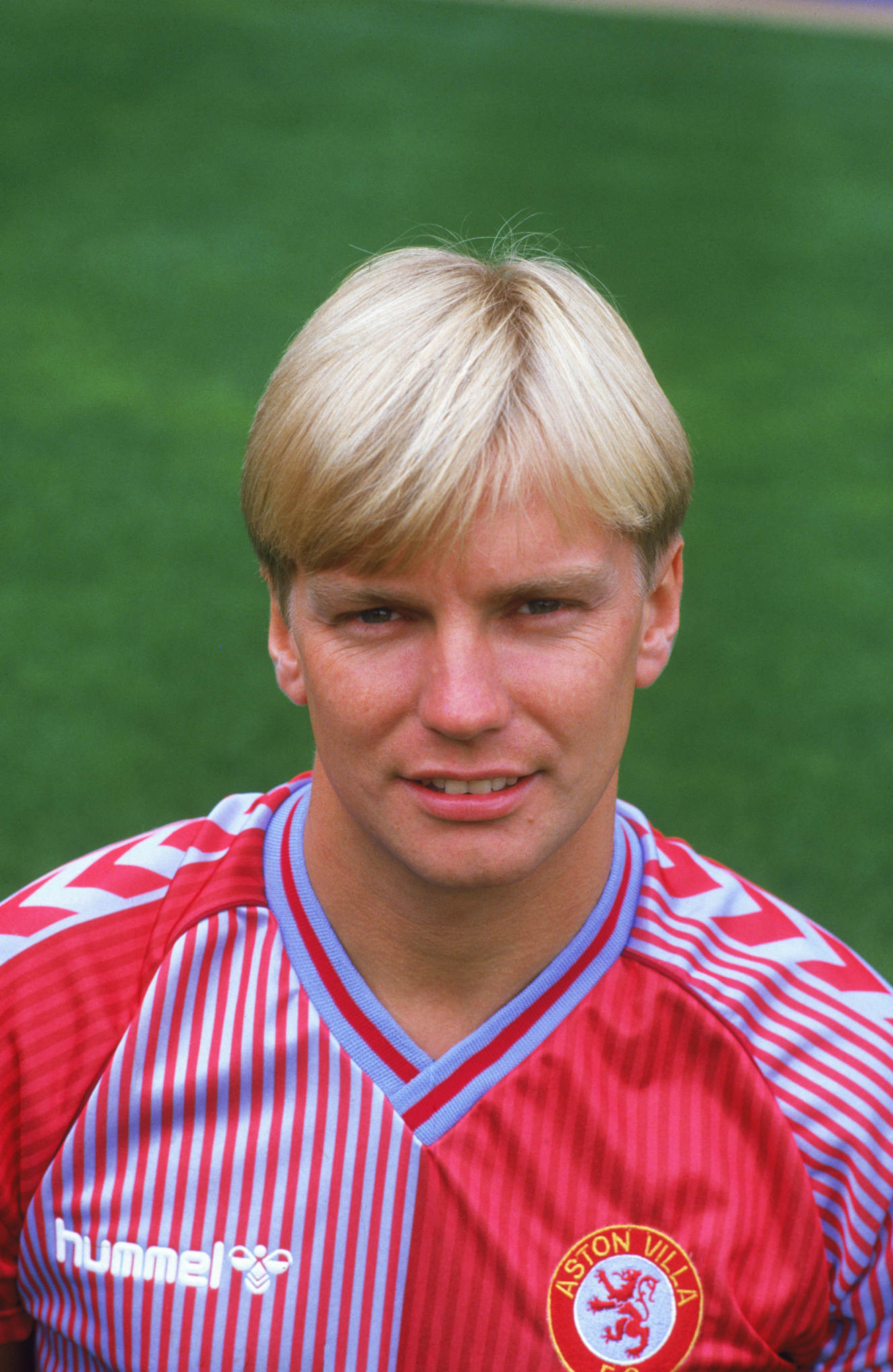 There's no doubt the kit's polarizing and I happen to be on the side that loves it. Sure, it was a common template Hummel put out at the time for its clubs—Southampton also wore it for example—but to me it looks pretty cool. It also saw an upturn in fortunes for Villa who went up at the first attempt with a second-place finish in 1987-88 before surviving by a single point in 1988-89 to set up a second-place finish the following year.

I'll be taking you back to the 1994 League Cup-winning shirt amongst others later this weekend but as we prep for the kit launch, would you be interested in seeing Villa wear something other than the traditional claret shirts, blue sleeves, and white shorts next year? Let us know in the comments!