If you buy something from an SB Nation link, Vox Media may earn a commission. See our ethics statement.

Share All sharing options for: Could these be the new Aston Villa kits for 2014-15?

Transfer rumours are often exasperating. Rumours of new ownership have left many of us angry. But there is one type of rumour that's fun for everyone: what will the new kit look like? I've got no idea if the following images are actually destined to be the new Villa kits for the 2014-15 season, but they're fun to talk about regardless.

They come from AVFC Forums moderator marshall in their kit rumour thread. Apparently, from what I could tell around the internet, he was one of the only people (the only?) to get the quartered blackcurrant away kits right last season and that's as good of a reason to trust him as anything else. Here's what he thinks of the home kit, saying these are leaked images: 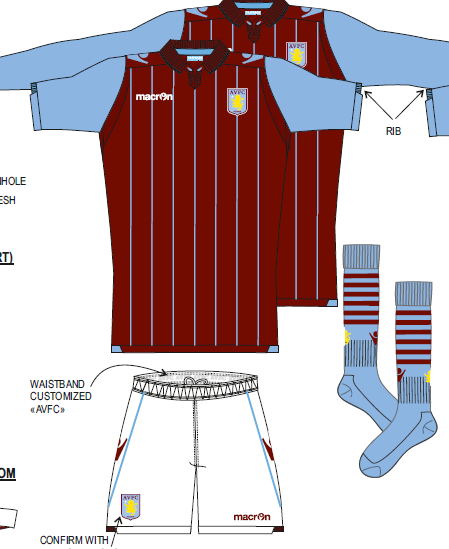 It reminds me a bit of the kit that Villa used from 1993-95, though a bit more streamlined. The rumoured away kits are a very clean-looking white with claret trim. Most fans will probably beg that the claret shorts never be used with the claret top, though. 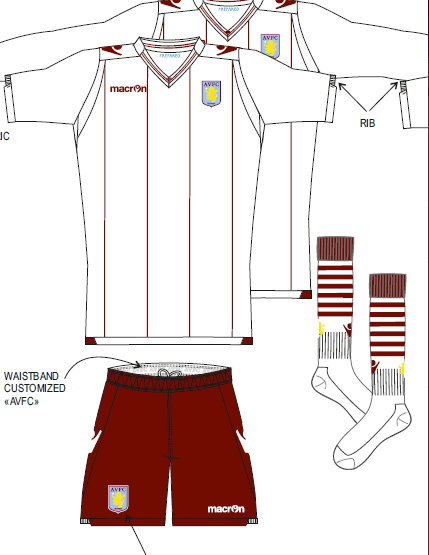 That's a look that is very obviously inspired by the 1982 European Cup Final kit, which is absolutely gorgeous. Go check out the full thread at AVFC Forums, as there are some pretty cool (and pretty terrible) designs in there. It's well worth a look!

What do you think? If these were the Villa kits, would you buy one? Which? Or, would you rather see something entirely different when they're unveiled on Monday?