Despite a petition, Emile Heskey will not be knighted.

Share All sharing options for: Heskey won't be Villa's knight in shining armor

"For services to the public good, by providing countless souvenir footballs to patrons seated behind the goals of numerous stadia throughout Albion."

At least that's what I imagine the citation for Emile Heskey's knighthood would read if the government would just get smart and accept the petition from Daniel McCarthy. The rejected request, submitted to the e-petitions portion of the government's website, read as follows:

I as many others will, believe that Emile William Ivanhoe Heskey should receive a knighthood for his services to the English game. Emile has changed to the way the game is played. He is an experienced, well loved and all round genius player and these accolades have so far, I feel, gone unnoticed. He has been an inspirational player at all the following English clubs: Liverpool, Leicester, Birmingham, Aston Villa and Wigan. He has inspired me and many others to take up football and is a true ambassador for the game.

Unfortunately, the rejection came about because "E-petitions cannot include information about honours or appointments." I think we ought to submit a petition to change that, just so we can get some official feedback on the five other rejected Heskey entries, which include pleas to have the jovial striker manage England, chair the FA, and be the subject of a new statue outside of Wembley.

And all of this ignores, of course, Heskey's admirable efforts for British space exploration. While putting numerous footballs into low-Earth orbit, Emile always challenged us to re-examine our lives. "Where is the goal?," he would ask, before solemnly reminding us, "It is in the stars." 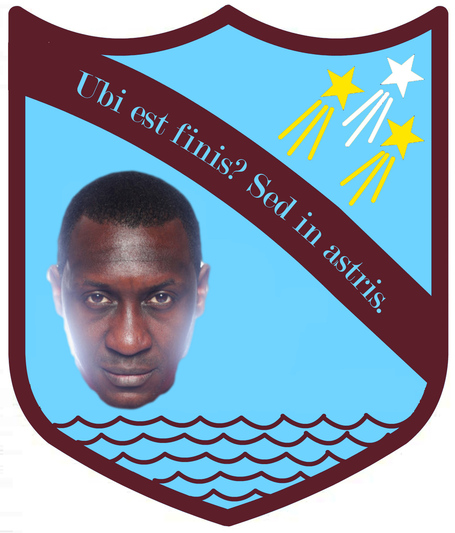