I've been staring at this screen for 30 minutes. I know I want to talk a little about the significance of this contract, but all my mind can say is "AHHHHHHHHHH HOLY COW HE'S HERE TO STAY! VILLA WILL WIN EVERYTHING!!"

But that's not good reading, really. So instead, let's take a look at a few different aspects of the new contract that Christian Benteke signed today. We'll do this question-and-answer style.

How long will Benteke be at Aston Villa?

The contract signed today will ostensibly keep the Belgian striker in Birmingham through the 2016-17 season. I say "ostensibly" though because Benteke's last contract should have kept him until the 2015-16 season. In football, it seems, the contracts are almost meaningless. If Villa should have a surprisingly good year - or Benteke a poor one - we may see him beyond next summer. But I'd imagine if he has another season like he did and combines that with a mid-table finish by Aston Villa we'll see him leaving to a Champions League club next summer.

And as I've said before: that's totally fine. Benteke owes the club nothing more than his best performance while he's on the pitch. If he can get out at terms to which Aston Villa agree, then by all means he should be allowed to. Will it suck? Certainly. Will it mean that Benteke is the spawn of satan? No. It'll show us that he's a rational economic actor.

What will Benteke cost Aston Villa? 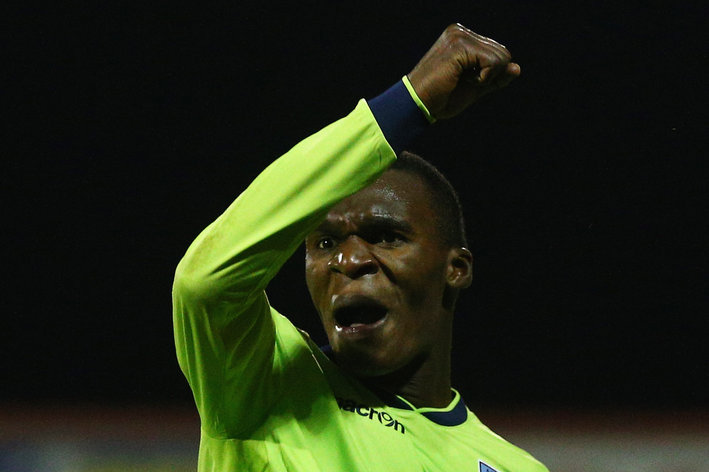 As usual, the club is rather stingy with this sort of information. In terms of wages, the word floating around the internet is that this contract is the same one that was offered to Benteke earlier in the spring. If that's true, it means he'll be doubling his wages to get £40,000 per week. That's not an insignificant amount, but it seems more than fair if Benteke can reproduce what he did last season.

But there is another part to this equation. Since he handed in his transfer request, most of us had assumed that Benteke was gone. This would have necessitated spending more money on a new player to take his place. Considering Benteke was thought of as gone, his return means that Aston Villa have essentially gotten a free transfer of one of the best strikers in England last year. That's not a shabby deal.

What does this mean for the rest of Aston Villa's summer transfer window?

Well, we've likely seen most of the action for the summer, with the exception of a few players possibly leaving. Paul Lambert has already brought in six players - Aleksander Tonev, Jores Okore, Leandro Bacuna, Nicklas Helenius, Antonio Luna, and Jed Steer - and re-signed the contracts of six other first team players. If anyone else is coming in, they're probably going to be additions for the sake of depth.

That said, Stephen Ireland and Darren Bent are still on this team, and it's possible we may see both gone before the summer window closes. I don't think Paul Lambert's entirely done yet. And who knows, given his knack for finding cheap talent, he may bring in another starter or two.

What happened to make this possible?

Tottenham seemed to balk at the price asked for by Aston Villa, and no one else was willing to match it either. And, to be honest, can you blame them? Aston Villa were asking essentially what they paid for Darren Bent. But instead of someone with a track record of success, clubs would be buying a player with one stellar year and not much else on his resume.

From there, I can't imagine it was too hard for Paul Lambert to point out that if Benteke wanted to play on the Belgian squad in next summer's World Cup, he'd need regular playing time, something Aston Villa could give him. Seems to me to be a really straightforward decision on the part of both parties.

Finally, how should we feel about this?

I know there are some people who think that we should hold a grudge against Benteke. I think you're wrong if that's how you feel, but hey, have at.

But even if you do think Benteke owes us something, what's the point in dwelling on that. Sport is supposed to be fun. Benteke's here for at least the season, and we're likely to see a bunch of amazing goals. So, I don't know about you, but I'll let Cee Lo and the muppets speak for how I feel:

Yayyyyyy! Happy Benteke's Back Day, everyone!