Benteke transfer: a non-English club may have bid

We've known for a while that Tottenham Hotspur want Christian Benteke, but a new bidder may drive up the striker's price.

Share All sharing options for: Benteke transfer: a non-English club may have bid

When Christian Benteke handed in his transfer request last week, it was widely assumed that he would be headed to London to play for Tottenham Hotspur. That is still the smart-money bet, but twitter this afternoon is swirling with rumours that a second, non-English, bidder have emerged in the fight for Benteke's services. Speculation has it that Russian club Anzhi, known for their profligate spending, have placed a bid somewhere in the £23 million range.

Now, let's all be honest: the chances that this rumour - unattributed wherever I've found it - are true are incredibly slim. Anzhi, as Gareth pointed out in our email thread, are one of those teams that crop up in nearly every transfer saga: a mysterious, not-too-well-known "other" with money to spend. To be fair, Anzhi do have the money, and they do challenge for European play pretty regularly. It's easy to see why people want to believe this rumour.

But from everything we've seen, Benteke wants to play in England, and he wants to play for a club on which he will be a regular starter while pushing for Champions League play. Anzhi doesn't fit the profile of a club that Benteke would be interested in moving to. That, combined with the lack of solid news, makes me think that this rumour is totally wrong. 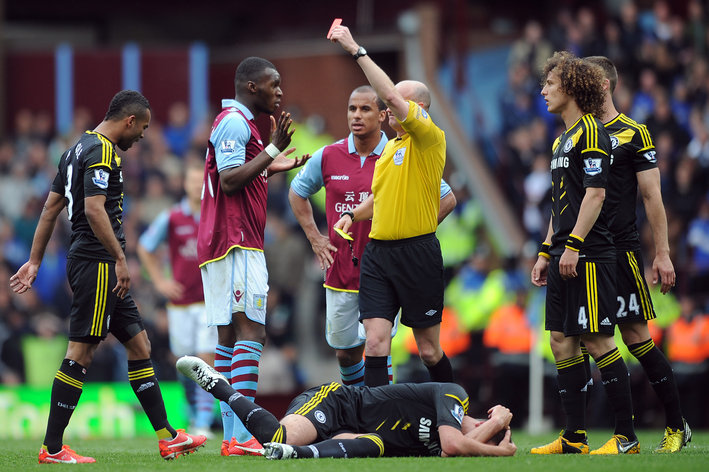 That said, let's entertain it for a second. What if Anzhi were indeed ready to bid £23 million for Benteke? How would that affect the transfer market? A lot would depend on what sort of wages they're offering. If it's not much higher than the £20,000 he makes now, he could reject any deal and the move wouldn't affect the transfer at all. But Anzhi aren't going to lowball him like that if they bid. This is a club that pays Samba wages of approximately £100,000 per week. So we know they'd be competitive in that category, giving Benteke at least some reason to consider the offer.

And at £23 million, Aston Villa might actually start considering accepting an offer below their valuation, if only for the effect it might have on Tottenham. Spurs have money, and they are able to meet the £25 million that Villa want for Benteke. But in a market with no pressure, they can take their time getting there. If Anzhi bid, suddenly Spurs have to up their offer if they really want Benteke.

So yeah, the rumour is likely totally wrong. But if it isn't, that's great news for Aston Villa. Hopefully this can get settled quickly so Paul Lambert can turn the money around and find another shiny new toy.