Belhanda in Birmingham: What was that all about?

Aston Villa have confirmed that they've no interest in Montpellier midfielder Younes Belhanda. So what was all the hubbub about?

Share All sharing options for: Belhanda in Birmingham: What was that all about?

Yesterday Mat Kendrick seemingly put the final nail in the coffin of Younes Belhanda to Aston Villa rumours. He reported that Paul Lambert has no interest in the Moroccan midfielder, despite French reports to the contrary. It was 22 days ago that we first started hearing rumblings that Belhanda might be headed to Birmingham, those from the mouth of Monpellier's president, who claimed that Aston Villa were interested in the midfielder.

Since then we've gotten reports that Villa were meeting with Belhanda, we've heard things had gone nowhere, and we've heard nothing for about a week. So what happened, where did all of this come from, and what - if anything - does it mean for the club going forward?

It seems that Villa may have been the target of some gamesmanship from Louis Nicollin, the chairman of Montpellier. He claimed that Lambert had submitted a bid, and now that claim looks dubious. By even saying that, though, Nicollin got the English press and Aston Villa fans - those who write for this site included - riled up. Now, suddenly, Belhanda was the talk of numerous clubs and quickly saw his stock rise in the eyes of the average fan. In the end, it probably didn't matter too much, but I wouldn't be totally shocked if the connections that Nicollin made boosted Belhanda's eventually selling price by £1 million or so. If there even seems to be a bidding war, people will pay more.

Transfers are more complicated than we think 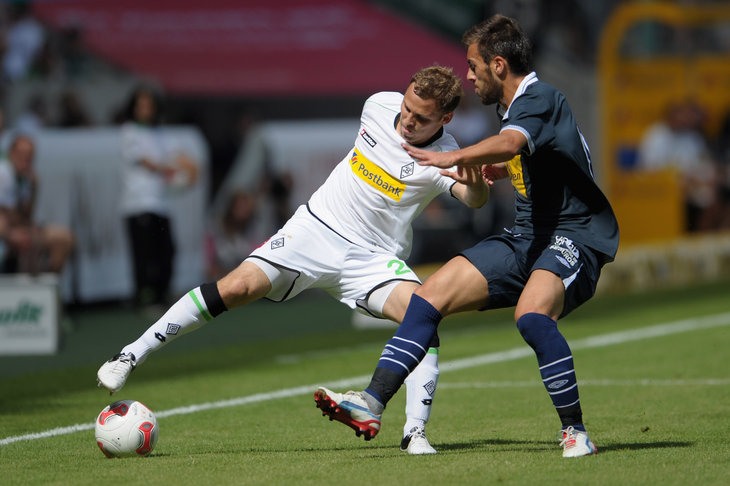 A look at everything that goes into evaluating the success or failure of a transfer.

And those who got sucked in by the story did so largely because Belhanda seemed like the type of player that Lambert would target. Yes, most of his signings come for a fee of less than £5 million, but as we saw with Christian Benteke last year, he is sometimes willing to pay more for a very strong up-and-coming player. Belhanda seemed to fit that mold perfectly. So, there was a nice bit of rumour starter and the whole thing passed the logical smell-test. Why not run with it?

Now that the story seems dead though, does this impact the rest of Villa's summer? I hardly think so. Lambert seems to have a clear plan for what he wants, and the "loss" of a player he doesn't seem to have been interested in shouldn't impact that. And who knows, maybe this is all a ploy and Lambert actually is interested in Belhanda. Given the way this summer has gone already, I wouldn't totally rule anything out.