Aston Villa have made official today the long-suspected signing of Nicklas Helenius.

Aston Villa have officially announced the signing of Nicklas Helenius, the 6-foot 5-inch striker from Danish club Aalborg BK. The Dane is Paul Lambert's fourth signing of the summer, coming after Aleksander Tonev, Jores Okore, and Leandro Bacuna. In the Danish Superliga last season, Helenius was the second-leading scorer, with 16 goals. The total was enough to net him the Danish Superliga Player of the Year award from UEFA. 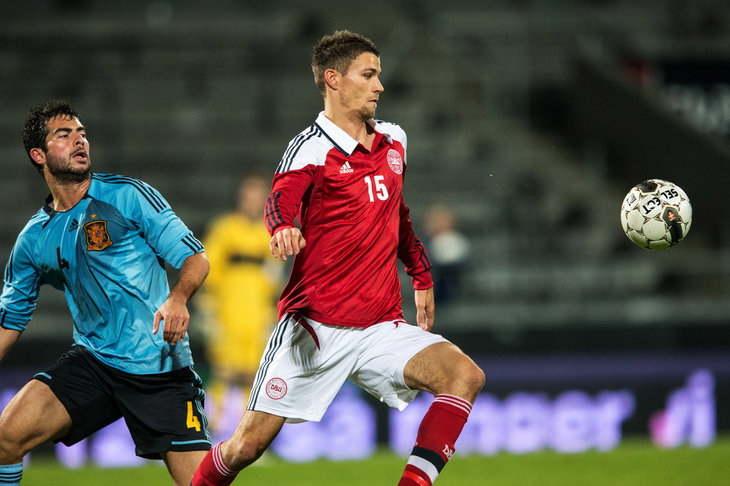 "... He's also good off the ball, creating space for his teammates -- would love to see Gabby's pace combined with this particular talent."

Signing Helenius sets up the potential for Villa to actually have depth in the front for what seems like the first time in ages. It remains to be seen how Lambert will deploy his new acquisition with Gabriel Agbonlahor, Andreas Weimann, and presumably Christian Benteke, but Helenius' presence will only serve to push the level of competition higher.

If you'd like a bit more in-depth look at Helenius, make sure to check out Kirsten's scouting report that she wrote up yesterday.

As Kirsten mentioned, I think the best part of this is that Helenius is an exciting young player who wants to join Aston Villa. It's only taken a year, and Paul Lambert has made Birmingham a desirable destination for promising young footballers again. This offseason is an absolute joy.