Share All sharing options for: Arsenal 3 Asto, Oh who cares

Actually, the first half was awesome. The second half sucked.

Despite Arsenal bossing the game early, two goals before halftime, from Richard Dunne and Darren Bent, had Villa fans dreaming about a deep Cup run.

Some horrific defending early in the second half killed those dreams, then dug up the body and killed it more.

Considering the shambolic nature of this performance, here's my suggestion for our lineup next week. 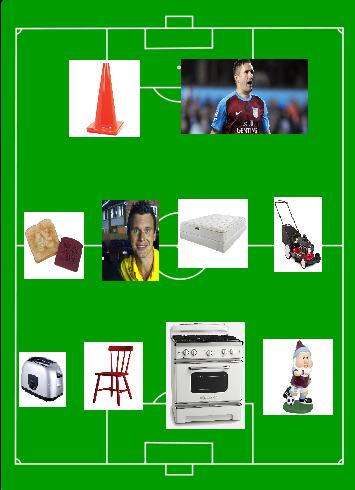 (Andy Marshall has to play goal too.)