I know, I know, y'all are probably getting tired of me going around saying I met, or came close to meeting, some pretty big stars of football. Have I mentioned, also, that I got to see the adiPower Predator boot before almost anyone else? I didn't get to play in it (why don't they make a high-heeled boot, for goodness sake), but they've had a good response, and it meant I got to do things like attend the Predator launch event. Which featured Jonjo Shelvey, Jack Rodwell, Robin van Persie, Nani, and Kaka. And...Riccardo Montolivo: 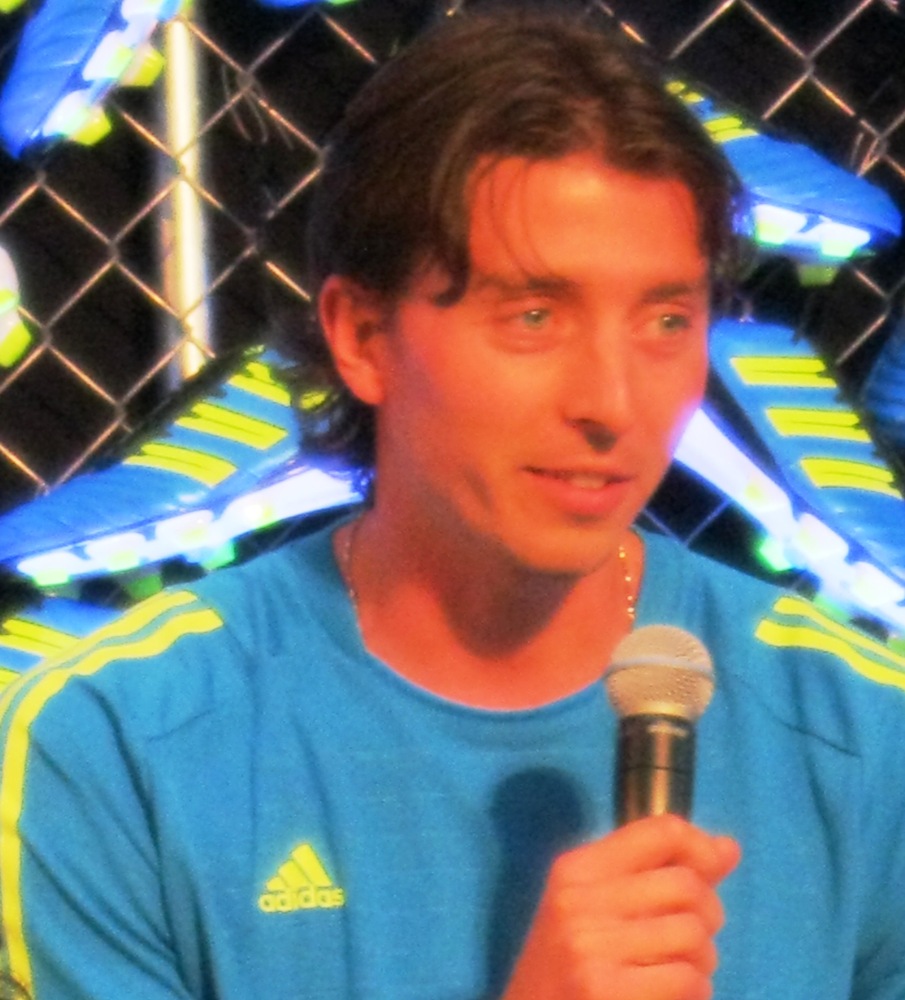 Montolivo may have been Aaron's Player in my Pocket, but I don't care. He's utterly drool-worthy, both in terms of his play and in terms of his clear green eyes. Unfortunately, Monty didn't get to say a lot at the press conference, what with everyone being focused on asking Kaka if he's moving to London and how on earth Manchester United could beat Barcelona. Which is too bad, because I was set to ask the bored Italian an actual question. I imagine it would have gone something like this:

Me: So, Monty, about that house in London your mom tweeted...oh no, wait, that's Kaka again

Kaka: My mom will be in London. I am committed to Real Madrid.

Me: Back to Montolivo: Fiorentina have been rubbish this season. How did you cope and what do you see changing next year?

RM: Well, I coped by constantly suggesting I would move elsewhere next season. Which is exactly what will be different for the Viola next time around. Fiorentina want me to stay and have offered me a new contract, but what's the point without Champions League football? Milan want me. Inter want me. Even Chelsea want me. I will decide soon but it is almost certain that I will not be wearing purple when you next see me.

Me: I think you'd look lovely in light blue...

(Please note this is not an actual transcription of any questioning of players, but rather a dialog formed out of the author's head. That is all. Do not sue.)