After what I saw happen to Seattle Sounders midfielder Steve Zakuani last night, I am in a period where I hate sports. I think we've probably all been there, and I'm sure I'll come out of it, but man do I not have any enthusiasm. I know those of you that aren't Sounders fans probably aren't especially concerned (and that's not a value judgment in any way, because it's understandable) but there's just something about seeing one of your favorite players in all of sports have his career put in serious jeopardy just as it seemed to be taking off.

Sports are great, but they're also terrible.I don't think anything that can happen will cheer me up, but what the hell boys. Might as well try. 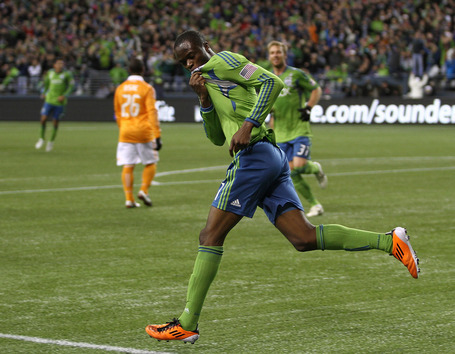