Alright, Villa have been really terrible lately, haven't they? I mean, just almost unwatchably bad. If you need proof, look at what GMail suggested as related links when we emailed Gareth about something AVFC-related. Note especially the last four. 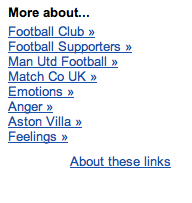 But we're all still watching, aren't we? We sit through every minute of soccer that is as boring as soccer can often be. We still don our claret and blue and type "UTV!" into our twitter accounts regularly. We're all still here.

And that means we must have all found some way to cope. Fans who were watching and had no coping mechanism would surely have gone insane by now. I just watched Zombieland, and I imagine psychologically mal-adjusted Villa fans are much like that movie's version of the undead: stricken with a disease, ruthless, and hellbent on blood. (Come to think of it, that seems to be a significant portion of the twitter fan base.) So with that in mind we thought this week's question would address what it is that we all do to make the Villa bearable. As always, you'll find our answers below, and I hope we'll find yours in the comments.

Aaron: Earlier in the season, I didn't really have one. But these days: 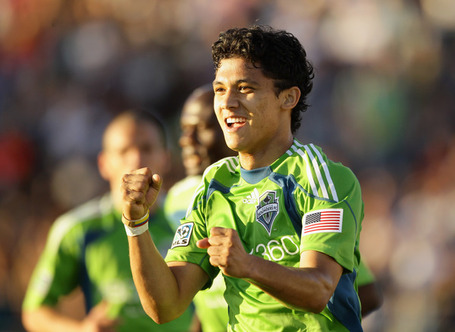 Kirsten: Whisky at the halftime break, often combined with calming infusions of nicotine, creating a muddle that allows the rest of the world to look at me with disdain as they manage to stay above such obsessive fandom. And then I attempt to pretend Napoli or Fenerbahce mean more to me than the Villa -- although I might put up a good front, I can never convince myself.

Robert: Ever so often, it feels like watching Villa can't possibly get worse. Boring games. A seemingly unmotivated team. A fed-up fan base that's quite annoying at times (thank heavens for our commenters). But then I remember that I don't have to cope any more. Nope. I started life as a Seattle Mariners' fan, and I've been dealing with losing for so long that I don't know much else. When things with Villa get bad, I just think "Yep, that's how sports are supposed to be." So I guess you could say my coping mechanism is denial.