What Makes This All Worth It

Share All sharing options for: What Makes This All Worth It

I don't think it would surprise anyone to admit to the fact that I've been a bit burnt out lately. Sometimes, personal things do get in the way of football. I used to use football as an escape from those issues, but really, with the way Aston Villa have played this season, it's been difficult to lose myself as a fan. Which, of course, makes it difficult to write. 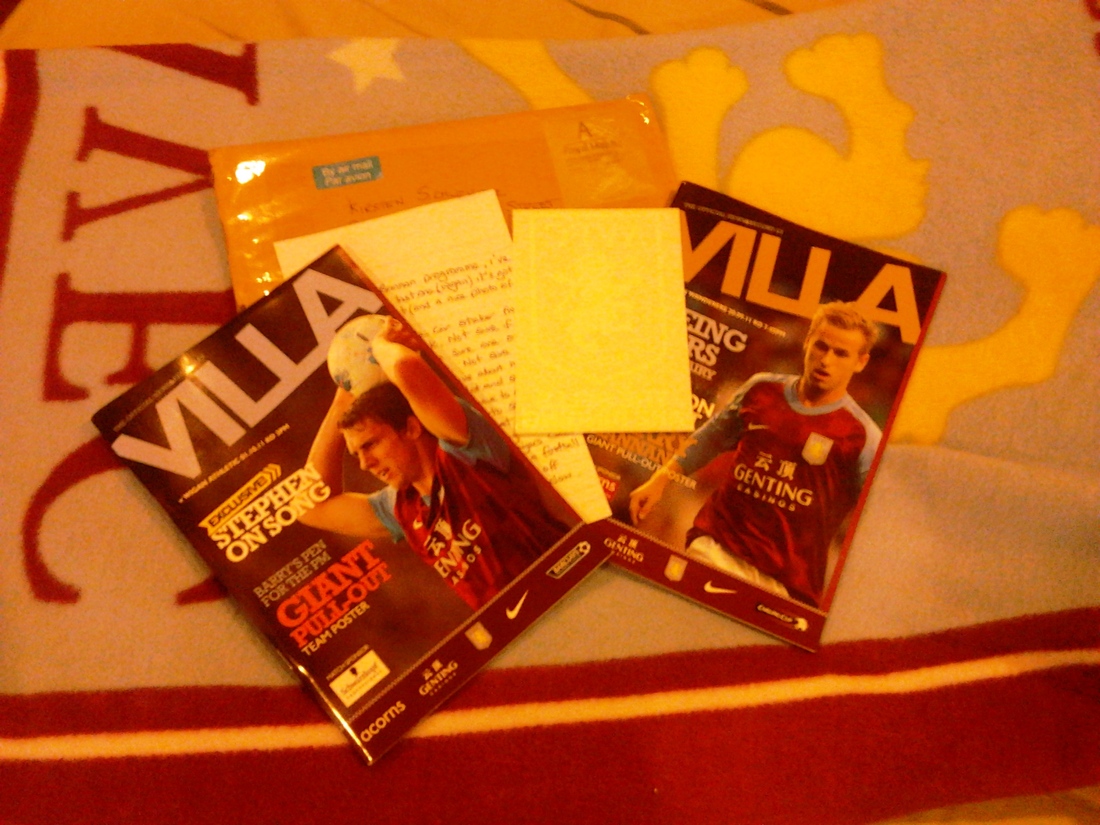 But then packages like this arrive (thank you Mark Pitcher!), and I remember why I wanted to start this blog, and why I'm still determined to make it one of the best of its kind. Writing about the Villa isn't just a way to analyze the team, or vent my feelings toward Alex Mcleish, or even attempt to attract the attentions of Barry Bannan.

Rather, keeping this site going is a means of connecting with other Villa supporters, both in the U.S. and around the world. Because of 7500 to Holte, I've found the best co-writers a girl could ask for, and lovely friends in multiple countries. I get to go on podcasts and write for sites I admire. I've had drinks bought for me, tickets found for matches, even a new family found in Birmingham* (as well as a place to live while in London). I get to connect with interesting people who I never would have found otherwise, chatting about everything from Vladimir Weiss's appointment at Slovan to Bannan's ability to tackle Nigel De Jong.

*edit: BIRMINGHAM? How dare you. The Cutteridge's live in Droitwich. And you should know.....

Writing about Aston Villa gives me these chances, opportunities to commiserate, to argue, to dissect, to rejoice -- with Villa fans or simply with other football supporters. And receiving packages such as this one reminds me of why I do it, and helps me capture my inspiration again. All the way from Birmingham, someone knows my love for Bazza, and thinks I deserve articles and posters involving the wee Scot. It's a simple thing, but it makes me smile, and reinforces the fact that I do this because it's not just about me, it's about the strange and fascinating ways that football brings us together.