Aston Villa revealed their 2010/2011 home and away kits today in a special event at ICC Birmingham. With Villa's new partnership with FxPro, Villa fans knew something had to change, and at the very least, it was going to be the removal of "Acorns" on the front of the strip.

I have to say, I was worried--Fulham has the same sponsor as us this season. Would we look the same as the Whites?

Simply put, no. We've got no white kit this year, unless it's in the form of a third alternate that I'm not seeing. Instead we're going classic with a twist: Claret body, light blue sleeves, v-neck, and a checkered side panel for the home jersey. And kick-ass socks, as modeled by Mr. Stewart Downing: 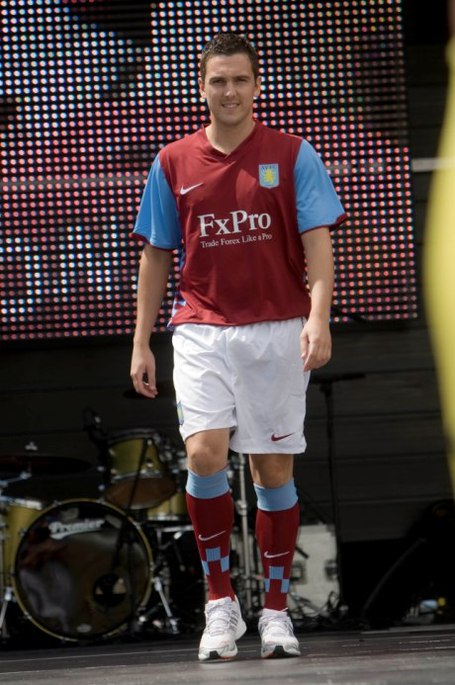 Not so much a fan of the aways, a simple black v-neck with light blue trim and more checkers. And Brad Friedel looks like he got attacked by a tiger. Find more photos on the Villa live blog