Name That Aston Villa Gnome-Is He An Albrighton? A Downing? A Young? A Legend?

Share All sharing options for: Name That Aston Villa Gnome-Is He An Albrighton? A Downing? A Young? A Legend?

GUESS WHAT I GOT IN THE MAIL TODAY?

Boy, do I love that Royal Mail postmark, and it certainly not disappoint me today.

It may be too early for Christmas, but a certain nice person allowed me to open the gift early, probably so I didn't continue drinking my weight in mojitos to try to forget law exams. Anyway, as I'm sure you've guessed by now, this is what was in the envelope: 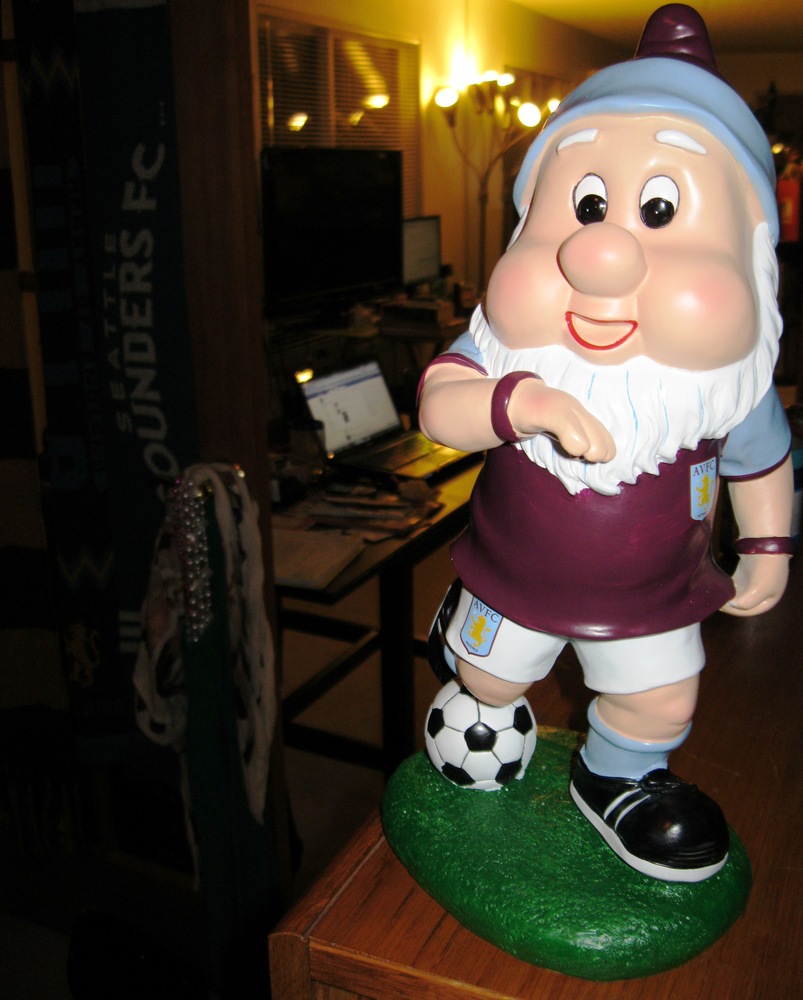 The transatlantic visitor, clearly starved for a ciggie fix after what, something like 96 hours being stuffed inside a box, immediately took a liking to the porch: 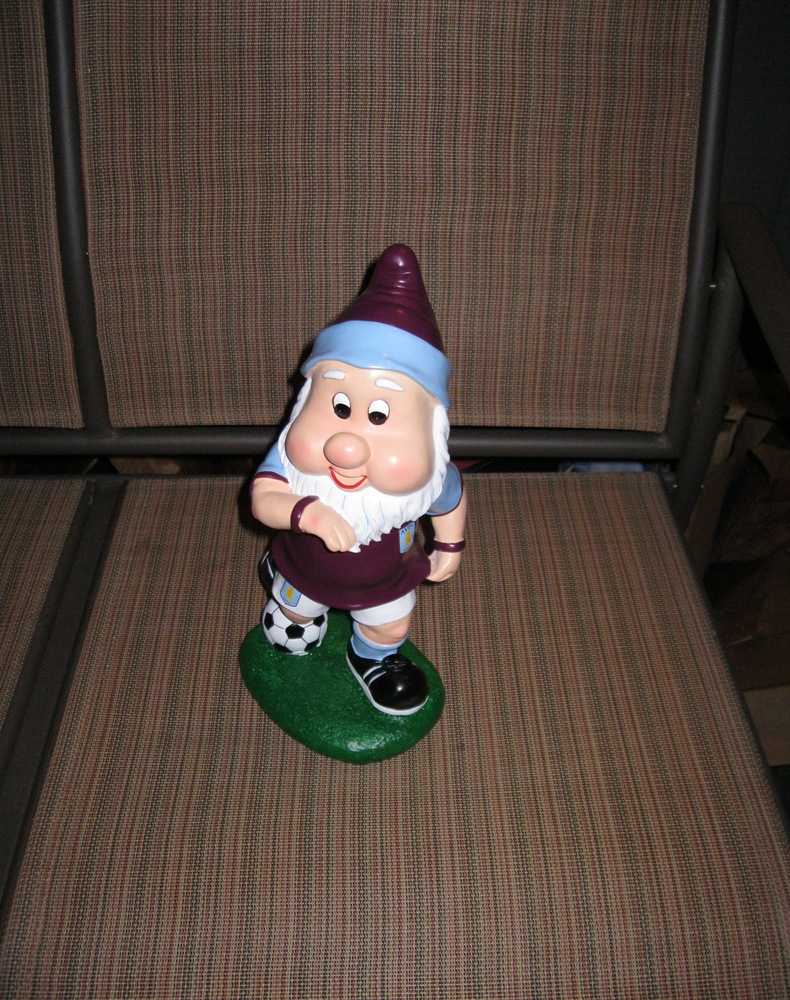 His natural habitat is clearly the dead plants 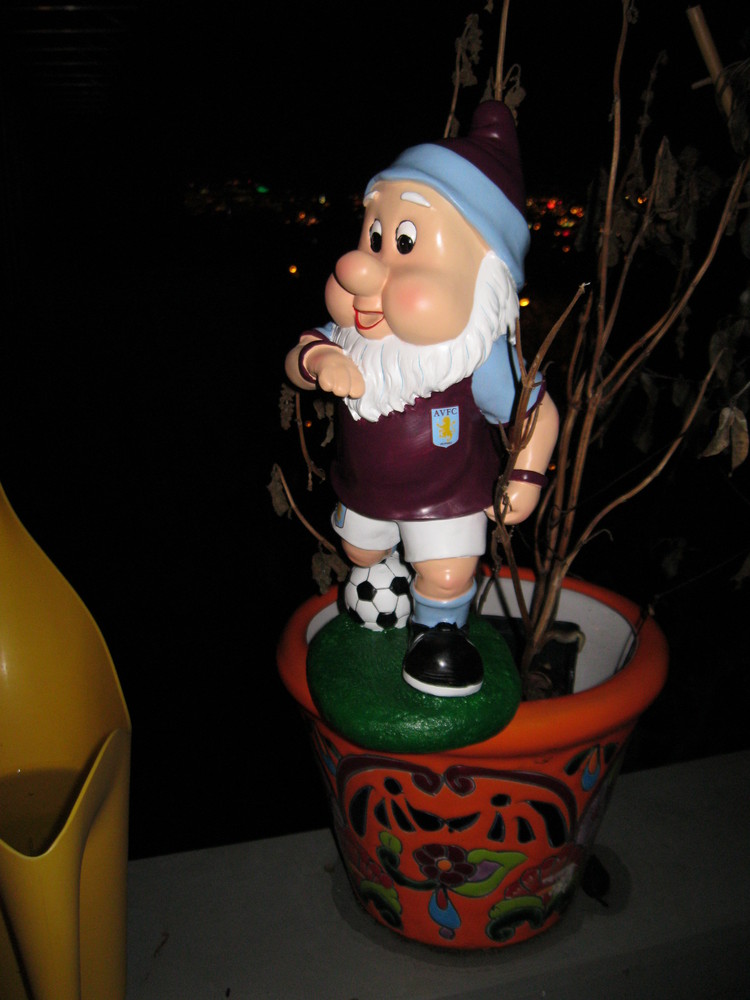 But he consented to come in and help me do some studying. Until he got distracted by Ezequiel Lavezzi.

Which is a problem that anyone could have, really 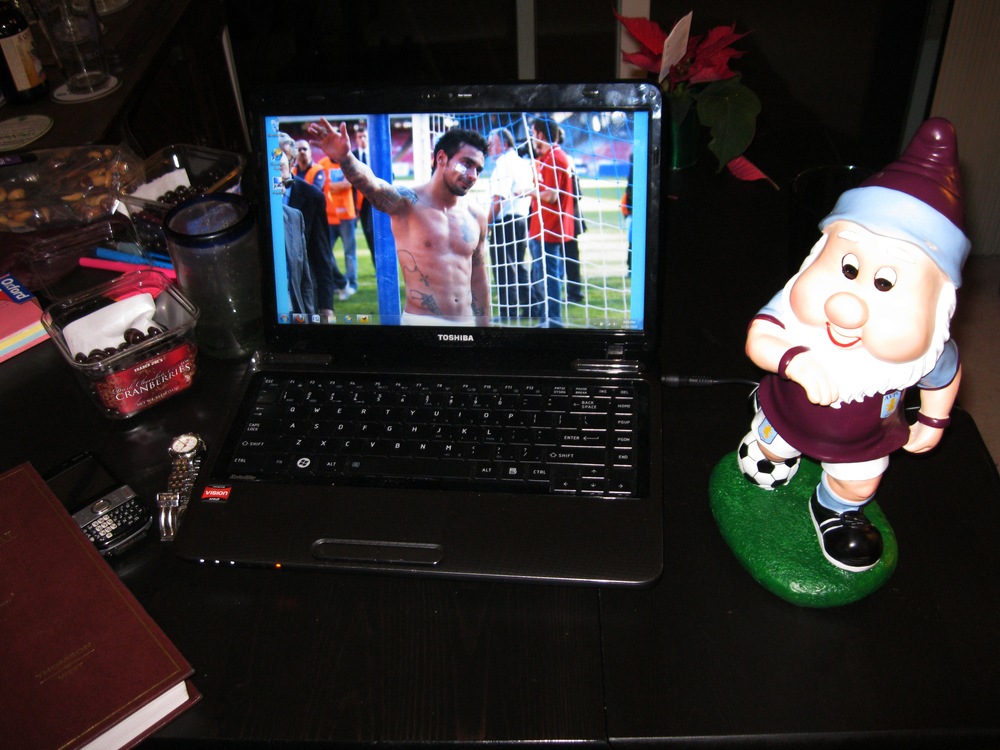 When I informed him that it was time to review some Constitutional Law, he got a little shirty and decided to repay the kindness of his original benefactor by letting him know exactly what he felt about his football team 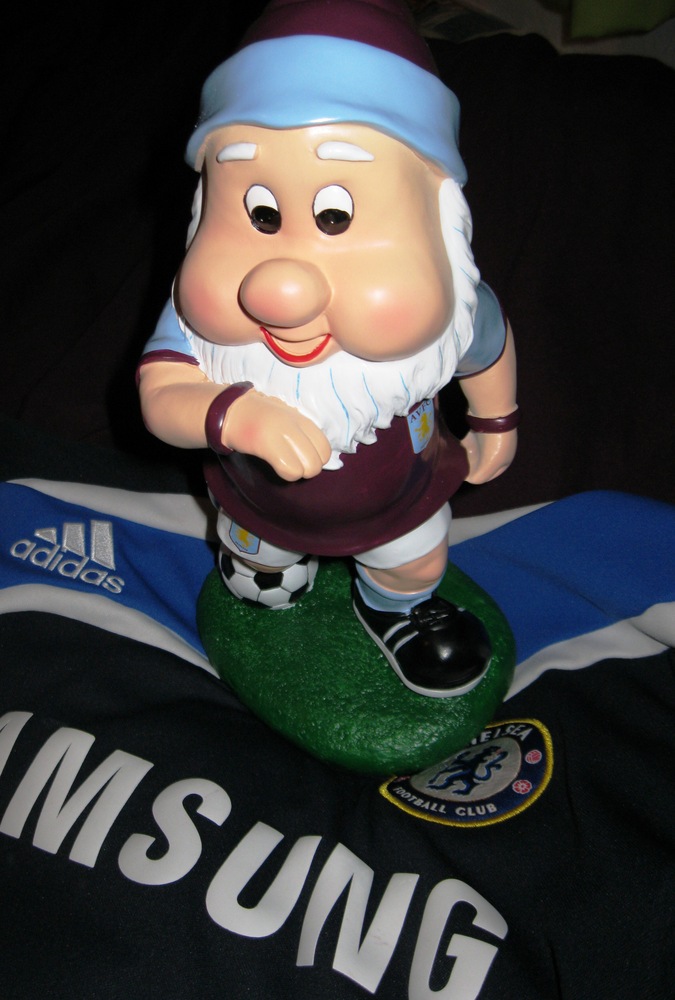 So little gnome dude has had a rough day.

And to top it all off, he doesn't even have a name.

If it were up to his owner, he'd be named "Marbury" or "Madison" because she has no space in her brain for anything else...so you guys need to step up and help.

What should the 7500 to Holte gnome be named? Should he be a current star? An overlooked benchdweller? An Aston Villa legend? A word connected with the club? Something Scottish and twee?