Aston Villa and Birmingham City meet in Wednesday’s Carling Cup tie, forcing a match that most Villa supporters are dreading. The Villa haven’t been on form lately, have conceded stupid goals, have committed ridiculous fouls, and often don’t even appear to know what to do with a ball when it lands at their feet. Fortunately, Small Heath has fared little better, sitting just one position above Villa on the table (on goal difference) and having their own problems finding the net.

With a disappointing first fifteen games and an unanticipated second Second City derby, let’s take a look at this game of heroes and villains: 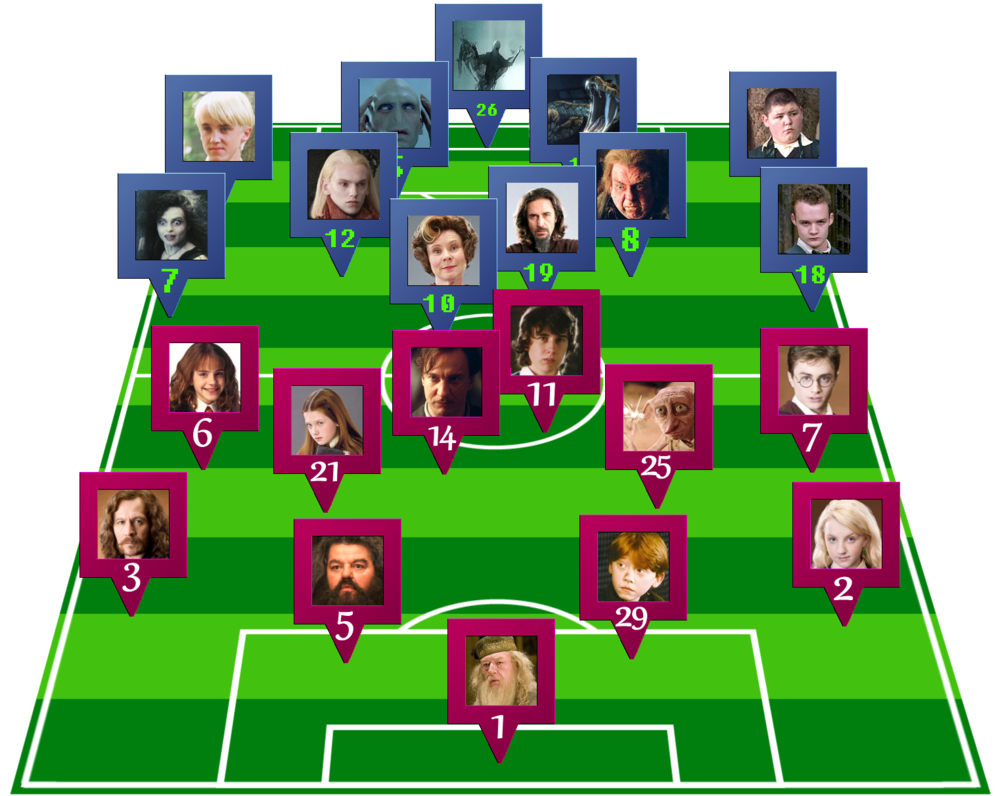 Not what you expected? This time, the villains are the opposition and Villa will be using their best magic for the good of the sport of football to take them down. Our heroes Harry Potter and Hermione Granger will sprint up the wings, one using all his courage and bravado to find a place to score, the one using plenty of logic and skill to find a way through Lucius Malfoy and his Death Eater-in-training, Crabbe.

Dobby the House-Elf will lead the midfield through his unique brand of magic, placing perfect passes faster than you can say "apparate." He’ll be partnered with Ginny Weasley, whose courage and resilience won’t be quite as valued as the Bogey-Bat Jinxes she will set on Crabbe and Goyle.

With the ball free of the midfield, it will be up to either Neville Longbottom or Remus Lupin to knock it into the net. Neville has some definite magical skills to offer, but he can also get easily confused. As for Lupin, there’s always the chance that the big bad werewolf will show up, the one that can’t manage to put the ball close to the net. Of course, the goal is being guarded by You-Know-Who himself, with the help of his pet snake Nagini, so Villa will have to use their very best spells…and probably a couple patronuses as well, considering Birmingham have Dementors in front of the net.

On the other end of the field, our heroes don’t have much to throw in front of the opposition, who will be sending out the duel evils of Professors Umbridge and Karkaroff. Ron Weasley and Hagrid will attempt to do their best to stop the professors, but one just has a faulty umbrella in the place of a wand, and the other often has to rely on his friends to bail him out. Perhaps they can call on their fullbacks for a spell? On the left we’ve got Sirus Black, obviously a talented wizard, but quite foolhardy sometimes. We’ll be lucky if he’s there for the entire match. On the right it’s Luna Lovegood, also known as Looney, who’s prone to wandering off at inopportune times. Not a very convincing mix, even if they are magical.

Will good triumph, in the end?