Player In My Pocket: Luke Varney, Blackpool Requests To Be "In A Relationship"

Share All sharing options for: Player In My Pocket: Luke Varney, Blackpool Requests To Be "In A Relationship"

Everyone loves Blackpool this season. It's the Seasiders' first time in the Premier League, they play fun, fluid football, Ian Holloway is a special man, and they wear tangerine. Unless you're a Preston North End supporter, what's not to adore about this club? Even when Blackpool are beating your club, you're still thinking, "Damn, this team is fun".

While most look to Charlie Adam as the primary reason for Blackpool's greatness, I have a soft spot for Luke Varney. It seems like there's no way he'd be a threat on the field, considering he's almost always wearing a confused expression, almost like, "Huh. How'd I get here, and what am I meant to be doing with my feet?" But somehow Varney figures it out, finding four goals in ten appearances for the Seasiders this season.

Blackpool signed the Derby County striker on loan in August, with manager Holloway making it clear that the team wants to keep him come January:

"We have a massive clause in there. He can't go anywhere else and we get him for £250,000. They can't change that, there's nothing they can do about it. Unlucky."

Beware, other clubs eying Varney, for it sounds like Holloway is sticking out his tongue and adding nyah nyah nyah at the end of that sentence. However, Derby has denied that the Tangerines have an exclusive right to sign the forward, so things could get ugly this winter. Perhaps Aston Villa should step in and snap up the striker--Gerard Houllier could totally take Holloway.

So why are the Seasiders so anxious to establish an official, long-term relationship with Varney? First of all, there's this goal--it comes quick, scored in the first three minutes of the match against Wolves last weekend. Look at that control, that gorgeous loping shot that leaves Marcus Hahnemann with nothing to do but stare. I can only sit and stare as well. I think I've watched that goal twelve times since the weekend. Varney then went on to set up Marlon Harewood for Blackpool's second goal, poking his head through Hahnmann's hands to send the ball to Harewood's feet.

Keep in mind, this isn't a one-off performance for Varney. The forward constantly threatens opposing defenses, and is given free reign to do so in the Tangerine style. The real question is, how did the man get to age 28 without being part of a Premier League side? Which clubs are beating themselves up over not signing him, and will any have the opportunity to do so in January?

Varney sure sounds like he wants to stay at Blackpool:

"I would be delighted if something could be done because I've never enjoyed my football so much. The togetherness here is nothing like I have ever seen before."

Quick--send that relationship request before someone else snatches up this adorably tussled man.

And for goodness sake, Blackpool better hope no one shows him this screenshot. Might give him reason to avoid the club: 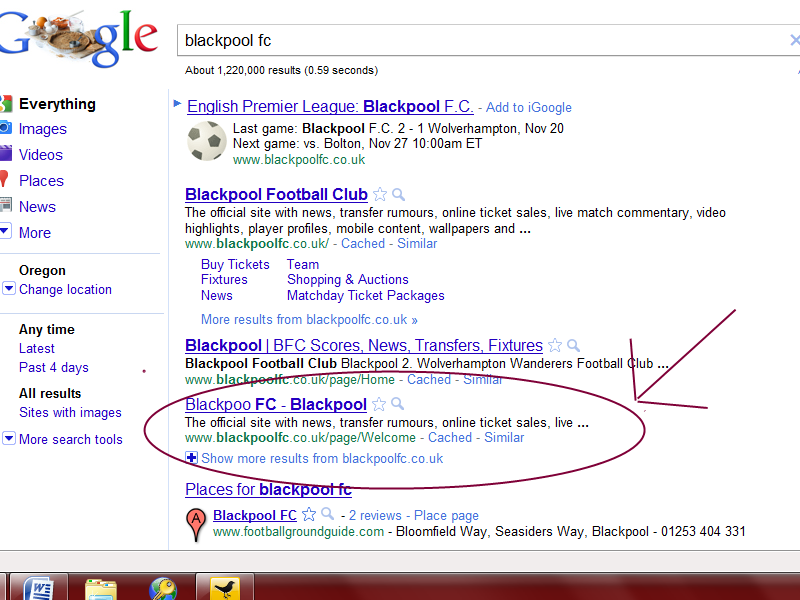