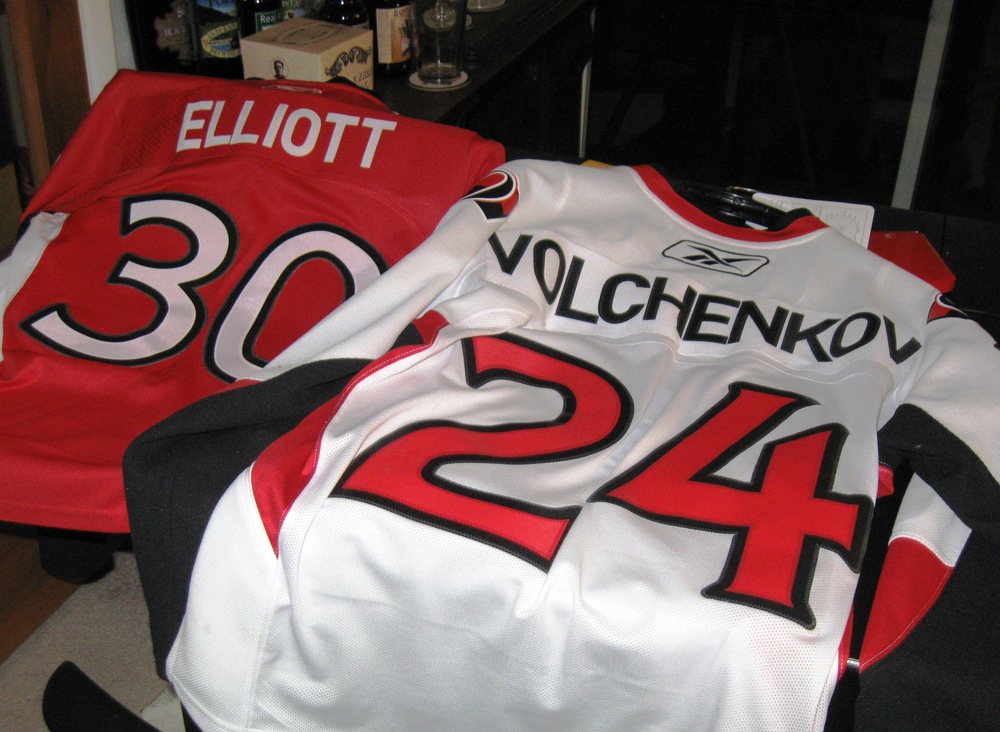 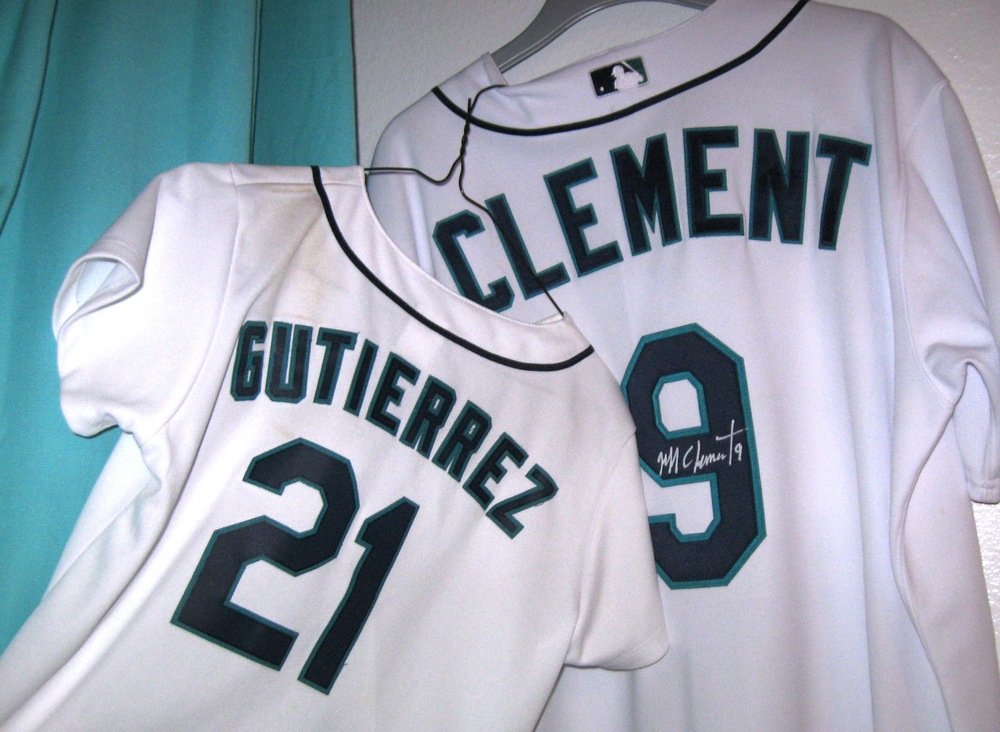 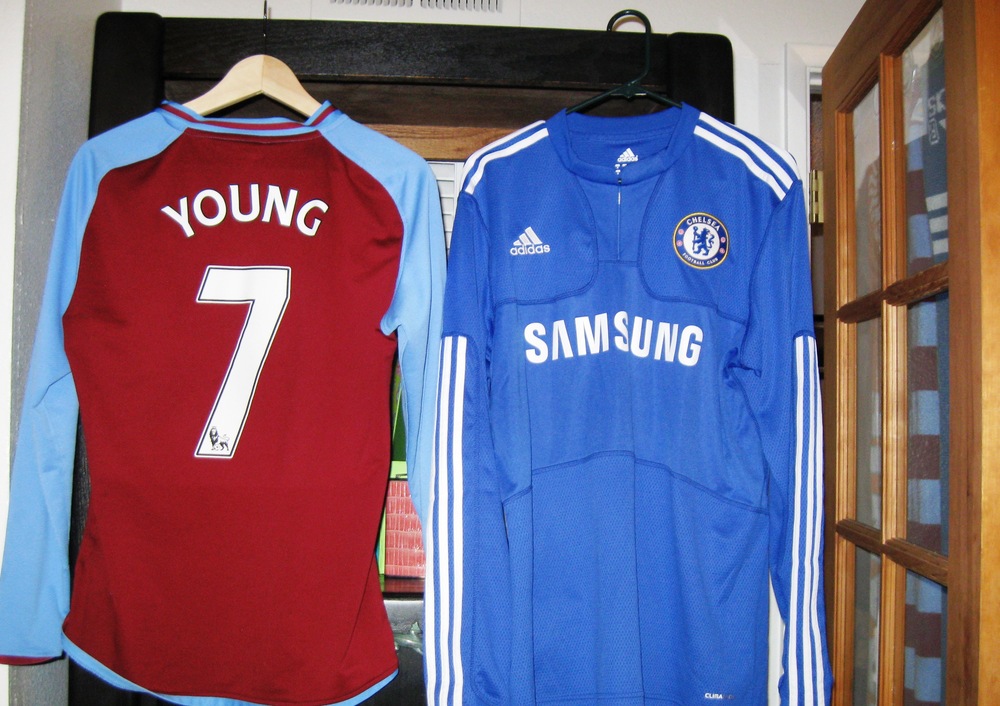 It's time to tell a story. It's a story of baseball, of SB Nation, of hurricanes and of Cupid. It's also, in the end, a story of my near-miss experience with Chelsea fandom, and an explanation why Aston Villa v Chelsea is such a big deal.

Once upon a time, a well-meaning friend directed me toward a website known as Lookout Landing. While it could be construed as dramatic to say that finding a website changed my life, in this case, it's absolutely true. Although I'd barely participated in forums, and only randomly commented on blogs, at the time I was fairly ill, and had little to do except lie in bed and watch reruns of Gilmore Girls for the 57th time. At least on Lookout Landing, people would talk back to me (most of my friends were too responsible to chat with me while they were working). I also had plenty of time to read past posts on the site, and started figuring out the personalities of many of the commenters. Soon NolaMarinerGirl was outed on Facebook, and I started corresponding with people there, getting to know quite a bit about them.

While chatting with one of my newfound friends, I started to learn about the mysteries of English soccer. I'd been a fan of soccer since I was a wee one picking daisies on the field, but I'd never had a team to call my own, and suddenly I wanted one. Nick is a Reading fan, but I wanted nothing to do with the Championship. So, after he advised me not to pick one of the "Big Four," I found a romantic -sounding team with pretty colors who hadn't won anything in quite some time, and I declared myself a Villa fan.

Now, if you're unfamiliar with Lookout Landing, SBN's Seattle Mariner site, you should probably know that the place is a pretty tight community. It's been around for five years, and many regulars are friends outside the site. So the LL meetup that occurred in August of 2008 was nothing unusual, except for the fact that I would be traveling from New Orleans to Seattle to watch the Mariners, as well as finally meet the people I'd been getting to know for the last few months.

One of the people I met at that baseball game-Tampa Bay at Seattle, one of the worst games in the history of the sport-was Aaron Campeau, 7500's co-founder, although he certainly had no clue at the time that he'd get sucked in by Villa. He thought I was just buying him a beer. But, and more importantly for this story, I also met someone so infamous in the SBN community that he needed to go by just one name: Graham.

I wish I could say it was love at first sight, but this ain't that kind of story. I'll admit I was intrigued by Graham, but I didn't have much chance to speak to him that day. Instead, after I returned to New Orleans, we started talking more and more. He tried to teach me baseball statistics, I told him about my adventures in New Orleans, and he teased me about the superiority of his football club over mine.

When Hurricane Gustav threatened New Orleans that August, just three years after the horrors of Katrina, I took the evacuation seriously and came home to Seattle. However, my aunt, who was meant to pick me up at the airport, never materialized, and I had no idea how to get to the suburbs where I was staying. Graham stepped in, directing me to downtown Seattle, where he met me when he was done with work. From there he bussed me to his car and took me to my uncle's house, where he asked if we should go to dinner the next night.

Despite what you might think, dinner was not a date, not in the world of Graham. Instead we relied upon the miraculous wonder of our own cupid, who came in the form of Robert (also familiar to anyone who reads Lookout Landing). See, the next night Graham and Robert took me out to distract me from the fact that a hurricane could be wiping New Orleans off the map at any moment. Robert challenged Graham to a thumb war and, instead of doing battle with his own thumb, decided to bite Graham's hand, thus conferring some sort of magical power upon him. After this bite from a very unusual cupid, Graham and I decided that we should start dating.

Fast-forward to the summer of 2010. The World Cup is about to start and, knowing how valuable a woman who loves soccer and drinks beer is, Graham asks me to marry him. When I accepted the ring, I accepted all that goes along with it: a household split apart by love for another. And our situation is even more unusual, given that I manage a blog centered on Aston Villa while he manages one about Chelsea.

Most of the time, our life is quite peaceful. We despair over the Mariners, cheer on the Seattle Sounders, and moan about the Ottawa Senators. But two or three times a year, the sunshine and lollipops disappear. Aston Villa vs. Chelsea isn't just a case of three points to be won or lost in the Premier League. It's also a war between good and evil in one usually placid household.

And it's so much fun when we win.