If you buy something from an SB Nation link, Vox Media may earn a commission. See our ethics statement.

It feels a bit strange to me that my first encounter with a massive football stadium would occur at San Siro, rather than Villa Park or even Wembley. But I’m here in Milan and I don’t plan to return (I trust the coffee and food are just as good, or better, in other areas of Italy) so I took the metro and wandered through the piazzas to find the home of AC Milan and Internazionale. 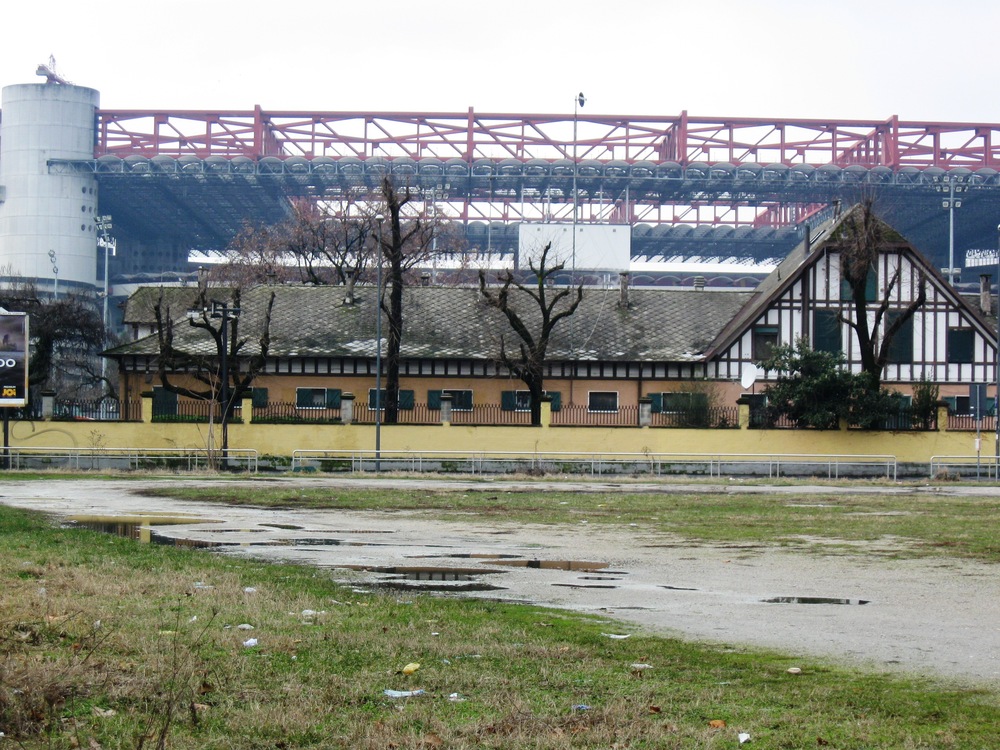 The Stadium is, at least on the outside, hideously ugly. I have no idea what the Swiss-style chalet is doing in front of it, unless they’re modeling themselves after Fulham and pretending to be a "Cottage". But that’s a rant for another day. 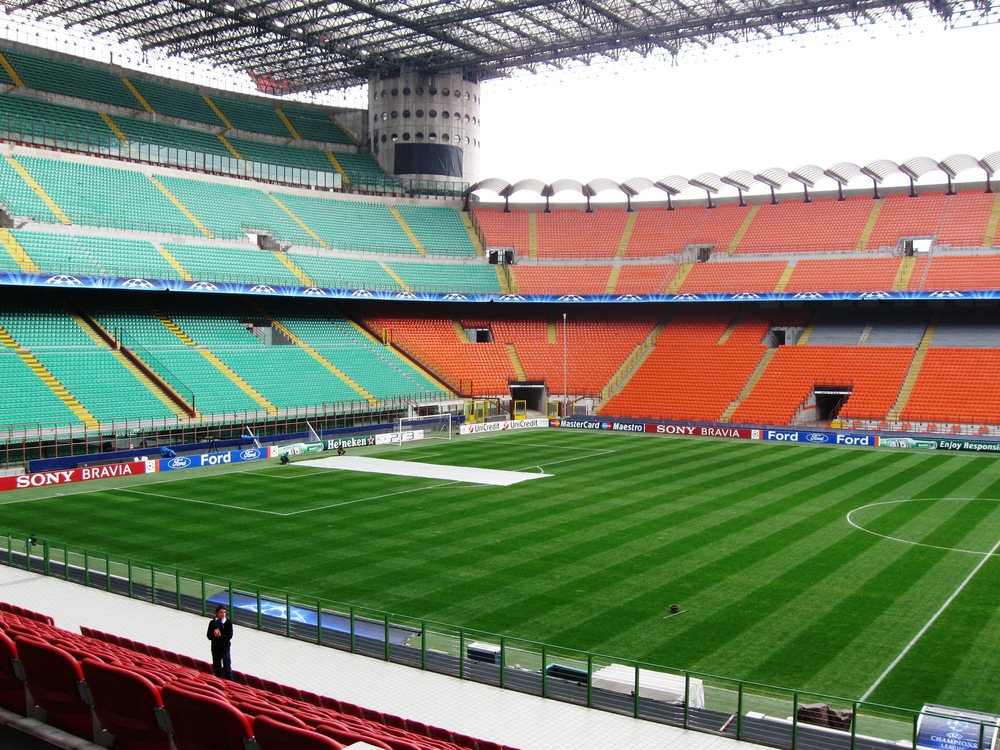 San Siro has existed for ages, so it’s not very modernized. They had to build the third tier and the roof for Italia ’90, but they couldn’t build it on all four sides because the Ippodrome was in the way, and apparently Italians like their horse races.But Sounders fans, take note: the stadium still holds at least twenty thousand more bodies than we had for even the Chelsea friendly, and about three times as many supporters show up each week. And we have the best attendance in MLS. America’s got some catching up to do. 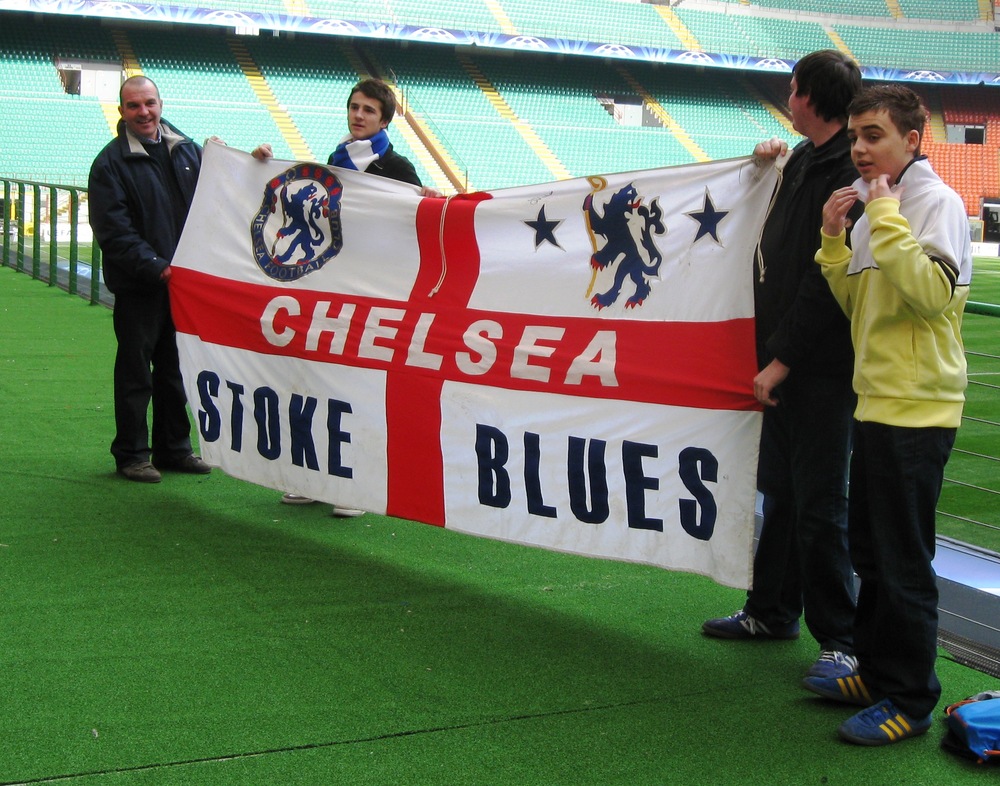 Definitely outnumbered by Chelsea fans on this tour--all here, of course, for the Champions League match tomorrow night. In the face of all this blue, I had to let my Villa colors fly. Seeing the claret and blue once again attracted new friends (something tells me it won't necessarily be like this when I get back to London, but in foreign countries, it's a bonding point). Some little old men mocked me at the stands selling Italy gear, even going so far as to bring over the man running the booths. They gestured to my scarf and asked, "Do you know this team?" The man shook his head and they all laughed and laughed. Then their ringleader informed me that my scarf was the only way Villa had been to Europe, and that I better get on back to England as I had a pretty important game coming up.

If anyone needs a ticket to the match tomorrow night, there is one less little old man to use his. 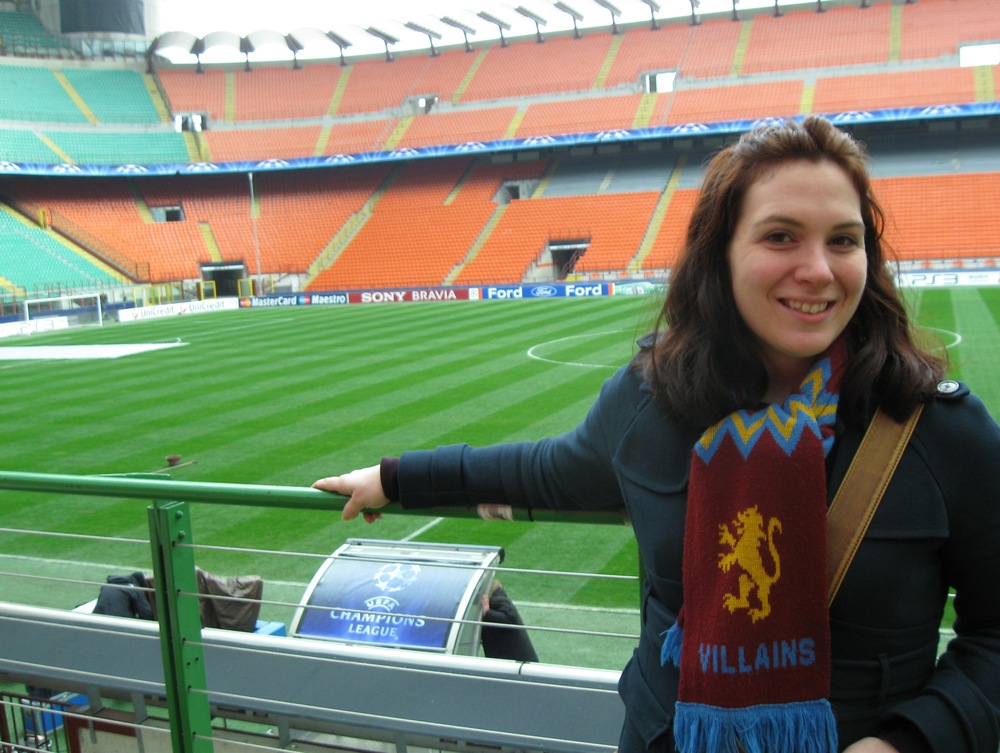 Don't fret, old man. Someday soon it will be all claret and blues standing in front of those little Champions League banners. You, of course, will be spinning in your grave.

In all seriousness, my favorite part of San Siro was the museum. Inter has been around for 102 years, AC Milan 111, and both have won Serie A 17 times. Their history is impressive and to see so much of it on display gave me a few chills. I'm (slowly) reading Inverting the Pyramid, and I've just come to the point where he writes on Arrigo Sacchi and his time with AC Milan and Italy. Seeing the shirts and honors from the late 1980s was both cool and also reminded me how much more I like the Dutch--it was the memorabilia from Marco Van Basten, Ruud Gullit and Frank Rijkaard that interested me the most.

So in the end, with my utter inability to pledge allegiance to AC Milan (they seem too much like United) or to Inter (better colors,but Mourinho is an ass) I walked away with just the same pretty scarf I came in with. Serie A remains boring to me, but when Villa end up in the Champions League and face one of the Milan teams, at least I can say I've been there.

And that I know why football remains unpopular with women in Italy. 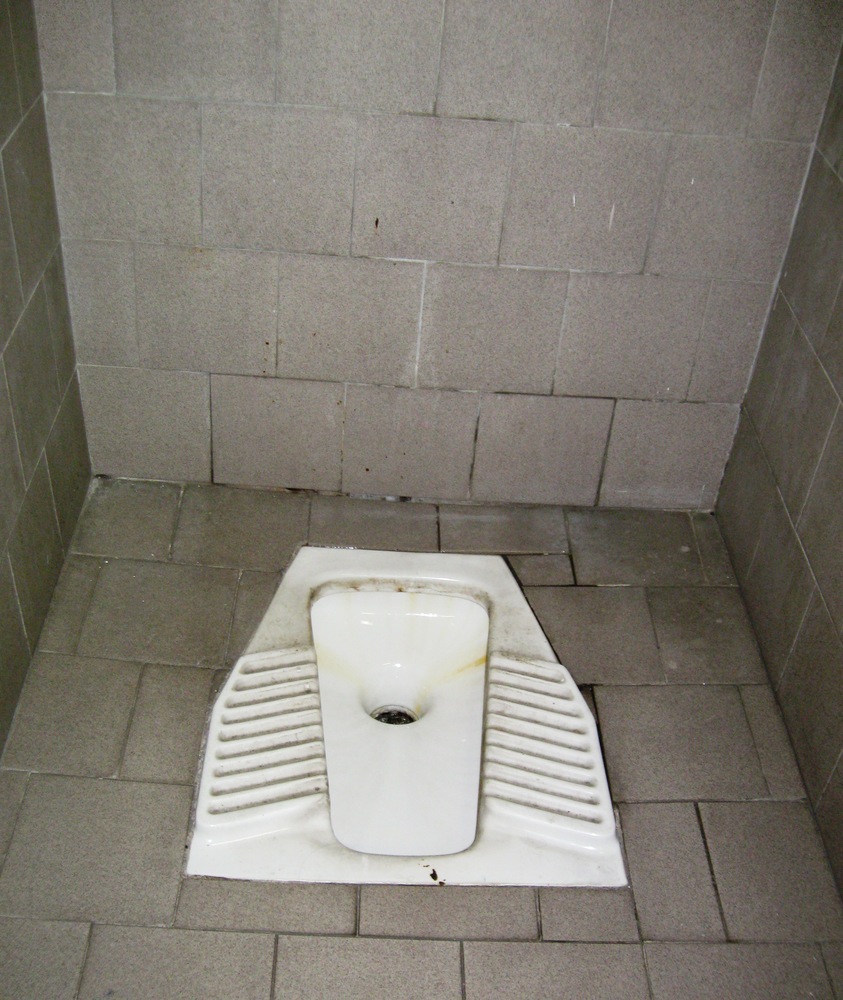