Beer, Bundesliga and a Bcity Fan

Share All sharing options for: Beer, Bundesliga and a Bcity Fan 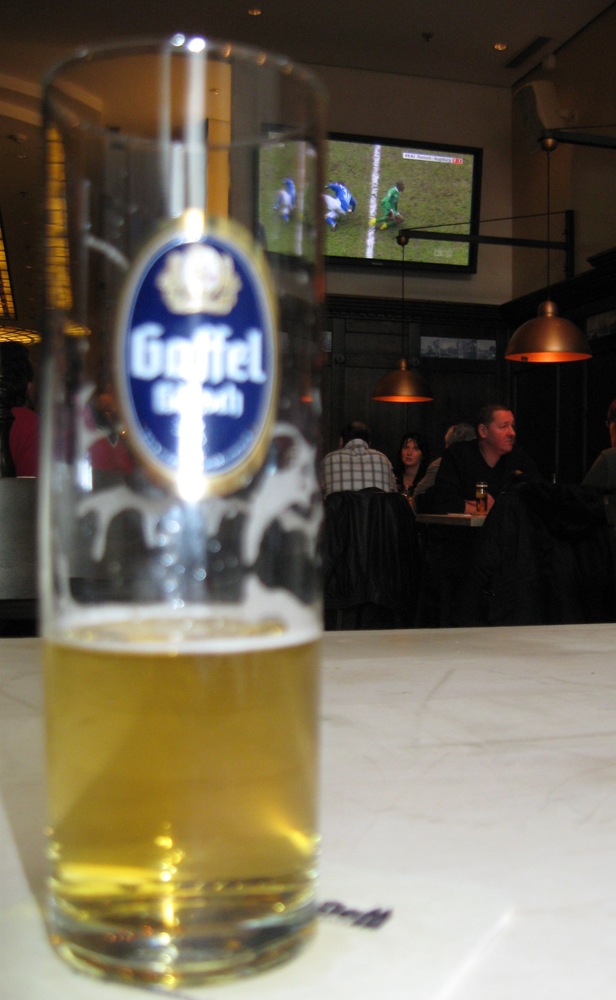 This, here, is Kolsch, beer that is technically only allowed to be brewed in the Cologne area. Don't worry; you're not missing too much. It's mostly a Pils but less bitter, and due to the small glass and something like 3%abv, you mostly just get a headache.

I watched the Bundesliga. In German, obviously. And everything I've heard about German football seemed true--namely, it is boring. The first game I watched was actually a match in the second league, and it seemed to me like the Sounders could run circles around those teams, and definitely place more butts in the seats. Or maybe some of Rostock's supporters came dressed as seats? The second game was FC Koln v VfB Stuttgart, and considering they were separated by just two places in the league, I assumed I could see some decent play. Except clearly Koln forgot to bring their defense to the grounds today, and perhaps their keeper was having a bit of an identity crisis, because any ball that ended up in their half seemed to get into the net. Final score: FC Koln 1- VfB Stuttgart 5 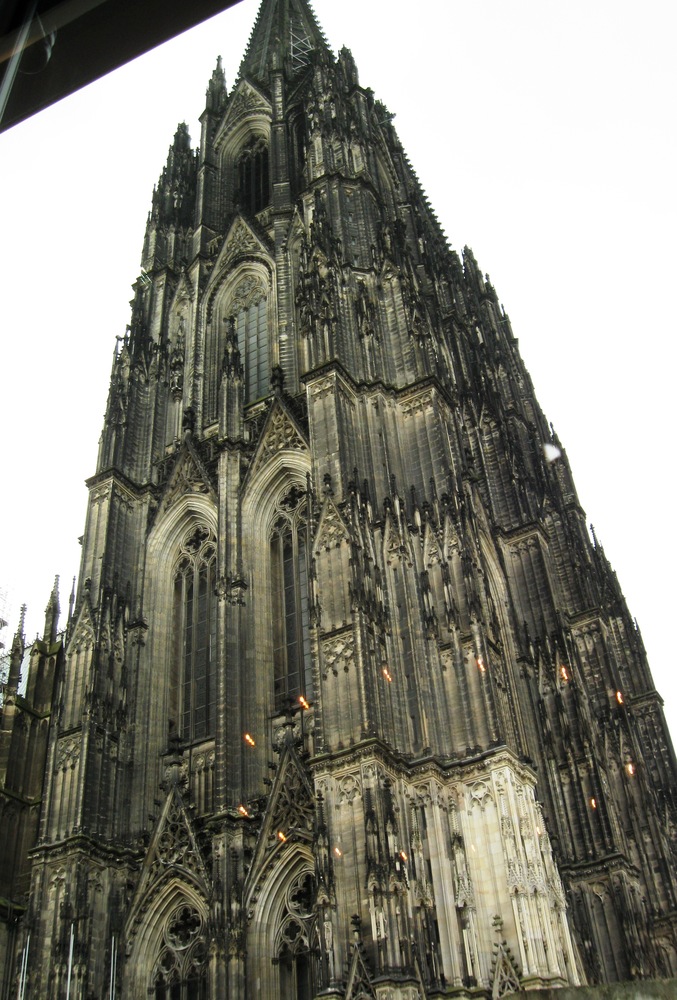 But the fans? They will always be the same.

While my mom and godmom went off to learn some culture on a tour of the Dom, I stayed behind at Gaffel Pub to prove that a girl drinking beer in a football scarf will always attract attention. I made the acquaintance of some nice German lads who were pleased to see my FC Koln scarf (I didn't tell them that I bought it because I liked the goat). Although my German is nonexistent and only one of them had passable English, we managed to establish that I was an Aston Villa fan. And then...one of the others turns to me, says something in rapid Deutsch, points to himself and says "Go Birmingham City."

Thus ended the cross-cultural bonding. And I'm not so sorry their goats lost, either.